In honor of the fact that Carr played the absolute game of his life Yesterday, I thought I'd honor him in the form of some really bad poetry.

To be honest, there just isn't much else I can take out of this game, other than our defense can hit and it's good to have Dex's big-play ability back (that was so not a hold that should've been called).

So here we go, an Ode to Brandon Carr...

You are a man of mystery,

Of many faces, Brandon Carr.

And now you have us wondering

Who you really are.

Who was that man we saw out there?

The one wearing three and nine?

Who was that man who played out there

Tearing out our opponent's spine?

What happened to the Carr we know?

The man we love, but hate?

The man so big and talented,

but the cause of much debate?

and although at times you've shined.

At many points, in many games,

receivers left you behind. 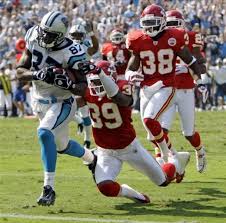 You're so talented and gifted,

With a prototype body beyond compare.

The problem that we always had,

Was that you seemed to be unaware.

You see there's just one thing you kept forgetting,

That made "boooo!" our natural sound.

You see, it doesn't matter where you are

If you don't turn your head around. 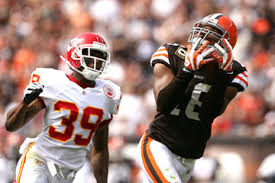 You can be right next to that WR,

you can have coverage that is great.

You'll receive nothing but hate.

But all that changed, for just one day

You were our MVP.

And now you know what you can do,

It's fundamentals you see.

So great game Carr, you are the man,

You've got our love today.

and everything will be ok 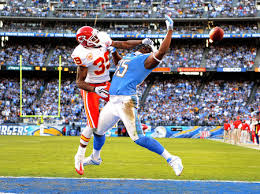 On a totally serious note, I have to say that if Carr can play like that consistently, I don't believe there is a passing attack in the league we need to fear.