Chiefs vs. Texans: Bernard Pollard On The Cover Of The Game Day Program

Share All sharing options for: Chiefs vs. Texans: Bernard Pollard On The Cover Of The Game Day Program 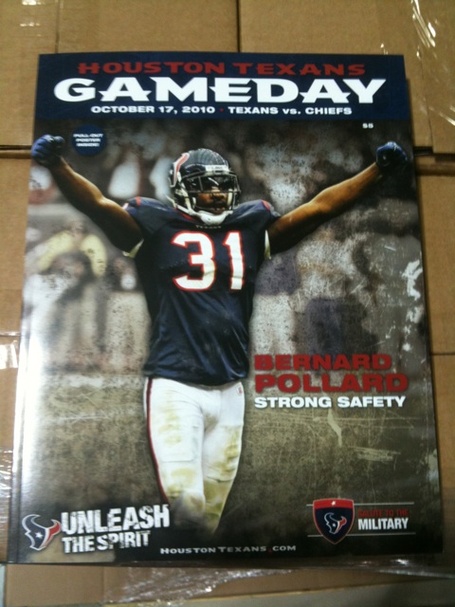 Anyone surprised by this?

The week of the Kansas City Chiefs and Houston Texans game it's former Chief Bernard Pollard who lands on the cover of the Texans game day program.

Chiefs head coach Todd Haley has been very complimentary of Pollard this week.

"What I am most happy about is that Bernard has been able to get on with the Texans and it really looks like he is playing at a high level both last year and this year. I think that is a really good thing because Bernard is a good guy and you like to see good things happen."

If any happened to forget where Pollard used to play, this game program should remind them.

The only question now is....why not Wade Smith on the cover?