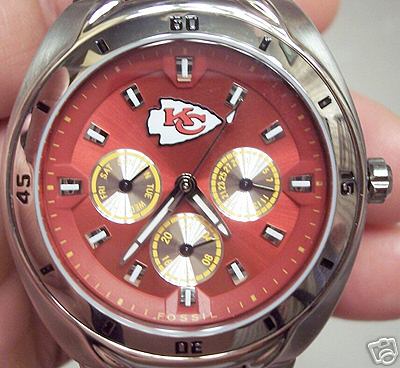 Time to get Romeo locked up and start the prep for much butt kicking next season.

Understand this about Todd Haley: he is a stubborn man.

A stubborn man, driven by unshakeable believes about how to build a championship football team.

A stubborn man driven not by ego, but by fear.

"I don’t want to fail," Haley said on Wednesday, as he wrapped up the 2009 season with a session with the local media. "I don’t intend to fail. I want to succeed. Ultimately I’m going to be the one who is most responsible for determining that. That’s what has always driven me. I want this team to be a great team. I don’t like that feeling of coming home on a plane or going home to the house there were too many this year.

"That’s the bottom line. That’s what drives me and continues to drive me is the fear of failure. I don’t want to fail. I’ll be judged by my record and right now, it’s 4-12."

Todd Haley spent a significant portion of his season-ending news conference Wednesday talking about his coaching staff and how it’s essential that any new members fit in with what he’s tried to build in the past year.

There may not be a better fit as Haley’s next offensive coordinator than Charlie Weis, recently fired as Notre Dame’s head coach. The Chiefs could announce as soon as today that Weis has been hired as their new coordinator.

Chiefs and Weis are a good fit, Haley says from KC Star

Quite simply, Jamaal Charles was robbed.

Politics is the only reason that Charles was not named the AFC’s offensive player of the week for his 259-yard rushing performance against Denver last Sunday.

The league gave the AFC honor to Baltimore running back Willis McGahee. Why? Because they named Derrick Johnson the AFC Defensive Player of the Week, and the league does not hand the offensive and defensive player awards to teammates the same week. They’ve got 32 ownerships to make happy, so in this case Charles got jobbed.

His performance was the eighth best single-game rushing performance in league history. Here are the details:

Charles And His Spot In History from Bob Gretz

Hear me out. I’m not dumping on Kansas City’s decision to hire one of football’s brightest offensive minds because it’s another sign that general manager Scott Pioli would eventually like to relocate the franchise to Boston.

Weis, I believe, is a Haley decision. They worked together in New York for the Jets. They shared the same office, a love of Bill Parcells and offensive philosophy. It’s a match, on paper, made in football heaven.

Down here on earth, Haley-Weis has the potential to be Kirstie Alley vs. Conan O’Brien, Ali vs. Frazier, or Gilbert Arenas vs. Common Sense.

It’s just too much ego for one playbook.

A Weis-Haley union has potential for trouble from KC Star

Generally, Todd Haley’s public comments do not need translation. They are pretty clear in intent, although not always clear in edification. Haley juggles his public comments carefully so he doesn’t reveal too much. Even with that tendency, his comments provide plenty of information for those who want to pay attention.

Haley wrapped up the 2009 Chiefs season by spending 45 minutes with the media horde on Wednesday. Much of the attention from this session will go to question and answers involving the names Charlie Weis and Romeo Crennel. The NFL grapevine bubbles with chatter that both Weis and Crennel will be part of Haley’s 2010 coaching staff.

Talking with Todd from Bob Gretz

Coach Todd Haley, an old friend of Weis, said yesterday that he would be a "good fit’’ calling plays for Kansas City, and Weis later told the AP "there is action going on’’ between him and the Chiefs.

"Until a deal is done, I really can’t say anything,’’ Weis said.

ESPN.com was reporting last night that Weis had already accepted the job.

Chiefs expected to name Weis coordinator from The Boston Globe

Waters recently spoke to the Kansas City Star about the development of the line, implying their recent performance should be used to measure their effectiveness, rather than the lackluster showing from the start of the 2009 season.

Waters has been the lone constant on the offensive line, providing the physical and emotional anchor for a unit that has watched Hall of Fame talents Will Shields and Willie Roaf retire in recent years.

Now, despite a 4-12 record and allowing 45 sacks for 261 yards in the season—a far cry from Indianapolis's league-leading 13 sacks for 90 yards—a closer examination shows more to praise about the Chiefs' offensive line than what might be apparent at first glance.

Brian Waters May Have a Point: A Look the Kansas City Chiefs' Offensive Line from Bleacher Report

Before we make our fearless NFL playoff picks—and congratulations to the New York Jets, who qualified for the postseason despite being mathematically eliminated by their own head coach—we must attend to some unsavory business: figuring out this season's worst NFL team.

Therefore, we present the Misfit Bowl tournament, our first (sure to be annual) playoff series that determines the league's most wobegone franchise. The Misfit Bowl playoffs take eight teams total, the four worst in each conference—sorry, Seattle, Buffalo nudges you out because the AFC needs one more bad team—and pits them head-to-head.

So Who's the NFL's Worst Team? from The Wall Street Journal

BUST: Matt Cassel, Kansas City Chiefs: He was 20th in the NFL in passing yards with 2,924 and tied for seventh with 16 interceptions.

The busts and values of 2009 from USA Today