Chiefs GM Pioli Confirms Haley Will be Back in 2010

Share All sharing options for: Chiefs GM Pioli Confirms Haley Will be Back in 2010 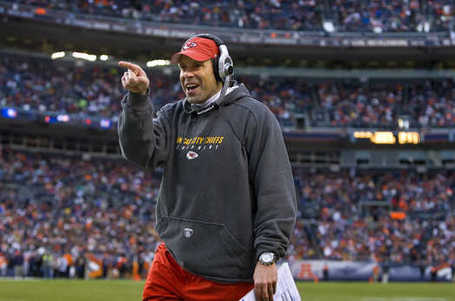 There was never really a question in my mind but plenty of reports and/or speculation have arisen with a four win team that Todd Haley could be one-and-done with the Kansas City Chiefs.

Not so, says GM Scott Pioli.

"Being a first-time head coach, coordinating the offense, calling the plays and having the set of circumstances we all walked into that we all knew was a lot to overcome … he handled it well."

Pioli called the Chiefs head coach "self-aware" and said he was fully cognizant of the development that needs to come from the team.

Haley said simply of his first season, "Until you have that experience, you just don’t know."