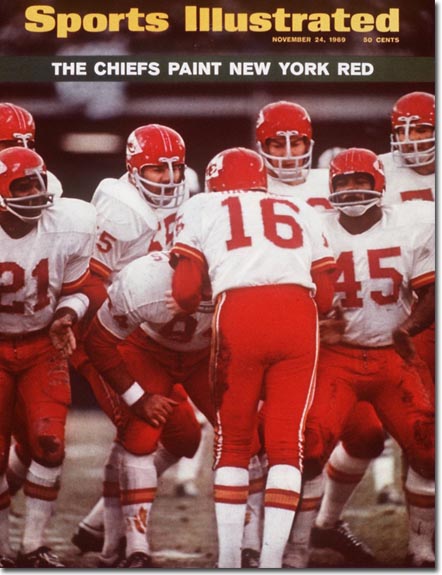 Good morning, and happy Tuesday! Here's all the latest Kansas City Chiefs news from across the internet. As has been the case lately, there's not a lot out there.

He made that commitment from the time the Kansas City Chiefs moved up to draft him 13th overall in 1997 out of the University of California. The rewards have been coming his way since then, including a unanimous selection from USA TODAY's panel as the premier tight end of the 2000s. He received 50 points from a panel of editors and reporters, 10 more than runner-up Antonio Gates of the San Diego Chargers.

"It's a no-brainer," says eight-time Pro Bowl tight end Shannon Sharpe. "That might be the easiest position to determine."

Sharpe, who now serves as a CBS analyst, should know. Gonzalez is arguably the best player to man the position in any decade after smashing every significant record he set.

For years, the New Orleans Saints wandered in the NFL jungle. They were one of those bumbling franchises that always seemed t o shoot themselves in the foot.

They began play as an expansion team in 1967 and went 3-11. They would play 11 more seasons with losing record until they went 8-8 in 1979. It would be 21 seasons of play before the Saints had a winning record. Now, after 43 seasons of action, they’ve had nine winning records and four division titles.

But now the Aints aint no more. They are headed to the Super Bowl for the first time after winning their first NFC Championship on Sunday with an overtime victory against the Minnesota Vikings.

But how would Jackson do in Chicago?

"Hue really has a presence," Hasselbeck said. "He can stand up in front of the room and have the attention of all 25 guys on offense. Some coaches aren't able to command the room. Hue can, and he does it quite well.

"Ultimately, that's what good coaches do," Hasselbeck said. "Look at [Kansas City Chiefs head coach] Todd Haley, people thought based on what he did in Arizona with Kurt Warner, Larry Fitzgerald and Anquan Boldin that he was a guy more comfortable in the shotgun. Then he gets to Kansas City, and we see he wants a tailback, fullback and two tight ends to run a more traditional style."

Hasselbeck: Hue Jackson 'really has a presence' from ESPN

There were literally hundreds of scouts, evaluators, executives and coaches scouring the on-field activity. And that doesn’t even include the hundreds more who watched the very public weigh-in earlier in the day. Those on hand gasped when Alabama nose tackle Terrence Cody weighed in at 370 pounds.

Big-time names cause a scene from The Boston Herald

JarradPage44 RT @mccauley21 I just got charged 50 cents to use the public restroom"<< Lmao. Hella funny

JarradPage44 So who is gonna b the one to hop on here in the afternoon talkin about they're all the way turnt up??? Smh

MrKolbySmith I remember the days when I couldn't wait until the new #eastbay catalog book come out.

MrKolbySmith Yep, just wanted to see what new nikes were coming out lol RT @DJQ_KC: RT @MrKolbySmith I remember the days when I (cont) http://tl.gd/5b341

WhitlockJason At Missouri-Kansas basketball tonight. Gotta like the home team.

WhitlockJason Pro Bowl to Miami and before the Super Bowl a complete disaster. The next QB that pulls out and JaMarcus Russell gets a call.

WhitlockJason JaMarcus is actually the perfect Pro Bowler, he could fill in at QB, left tackle and defensive tackle.