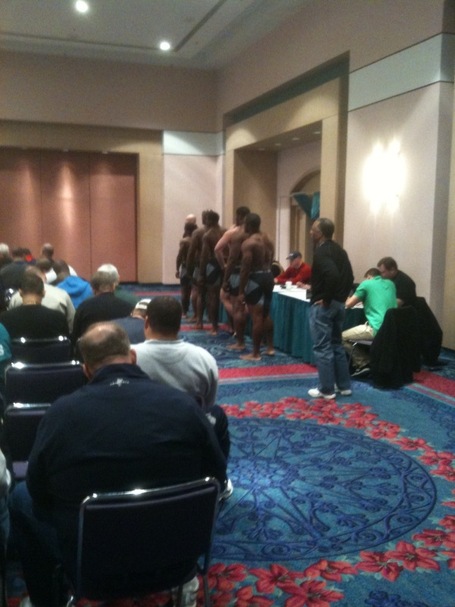 The Meat Market has begun.

In other words, future NFL Draft prospects are conducting official weigh-ins as we speak. Thanks to Twitter, I'm getting my hands on some of weights.

Here's a video of Tebow weighing in, courtesy of Jeff Darlington of the Miami-Herald. That is strange.

Tebow is only working out as a quarterback at the Senior Bowl and the Combine, according to ESPN's Todd McShay.

I'll be adding more as we go. Use this thread for anything Senior Bowl.