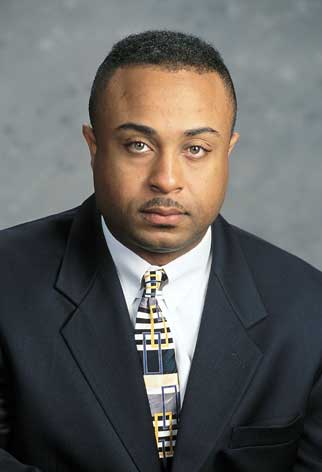 Does the name Curtis Modkins ring a bell?

The one-time Kansas City Chiefs running backs coach is on his way to the Buffalo Bills to become Chan Gailey's offensive coordinator, Mike Jurecki of XTRA Sports 910 in Phoenix reports (via Buffalo Rumblings).

Modkins' connection to Gailey goes back to the Georgia Tech days when he was an assistant coach and Gailey was running the show.

Modkins then followed Gailey to the Chiefs in 2008, his lone season with the team.

When Todd Haley was hired onto the Chiefs in February of 2009, he brought along Cardinals running backs coach Maurice Carthon.

Modkins then made his way to replace Carthon in Arizona.

While he's been named offensive coordinator, Modkins will not be calling the plays. Gailey told the Buffalo media in his introductory press conference that he would take on that duty.

Modkins worked with Larry Johnson in Kansas City so he could use that experience working with another troubled running back, Marshawn Lynch.

Kudos to Mr. Modkins for moving his way up the NFL ladder.