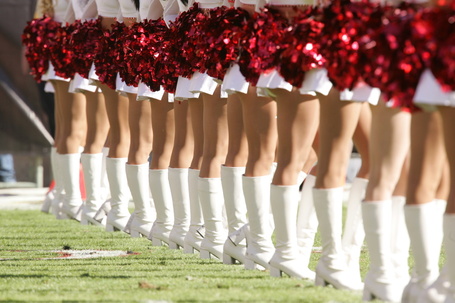 The frustration that has overwhelmed red and gold fans has made them forget that there used to be victories and outstanding football people working for the Chiefs.

Two more of those people were in the news on Tuesday. As reported on Monday, Chan Gailey was named the head coach of the Buffalo Bills. The Chiefs former offensive coordinator was introduced at a Tuesday afternoon press conference.

All the way on the other side of the country, former Chiefs pro personnel guy John Schneider was named the new general manager of the Seattle Seahawks. Schneider will work with head coach Pete Carroll in the rebuilding of that franchise...

...So yes, as bad as things have been the last few years, it’s a relatively recent phenonmenon; in the previous 15 years or so a lot of very talented people came through Arrowhead Stadium and helped the Chiefs win a lot of football games.

Chan Gailey’s hopes of becoming an NFL head coach again looked as if they crashed last summer when he was fired as the Chiefs’ offensive coordinator. But even during his first season out of coaching in more than three decades, Gailey kept believing.

"You hope that your body of work will speak for itself," said Gailey, 58.

He was rewarded for that belief Tuesday when he was hired as head coach of the Buffalo Bills. So it’s possible Chiefs coach Todd Haley did Gailey a favor by firing him during the preseason last year.

For Nix, Gailey met most of the criteria he set out in his search. Nix was eager to find someone with previous head-coaching experience and who had an offensive background.

"Without any doubt in my mind, we got the best qualified guy, a guy that was on the list early," Nix said. "We got the right guy for us. I've got full confidence in him to answer your question."

Gailey also got a big vote of support from Jerry Jones in Dallas. In congratulating Gailey upon his return to the NFL head coaching ranks, the Cowboys owner also reiterated that he still regrets firing Gailey.

"I'm proud for Chan Gailey," Jones said. "I'm glad to see him have the opportunity to get back as head coach in the NFL. He did an outstanding job at Georgia Tech. He's really a top coach and will do a great job."

There was no across the board agreement by the readers and posters of bobgretz.com on the Chiefs best game of the 2000s.

But there was agreement on whittling down the 162 games that counted to a handful and two games came out on top:

Coming in a close third was the Chiefs victory on October 12, 2003 over the Green Bay Packers in overtime 40-34 at Lambeau Field.

Games Of The Decade from Bob Gretz

Gailey, who hasn't been an NFL head coach in more than a decade and was fired as offensive co-ordinator of the Kansas City Chiefs before the 2009 season began, certainly wasn't the hottest name on the NFL market. But he believes he's the right fit for the Buffalo Bills - a team that hasn't made the playoffs in 10 seasons and has consistently been among the league's worst offences during most of that span.

Bolls Give Gailey a Chance to Fit In from Globe Sports

Holy balls this one's awesome!! Big H/T to Arrowhead Addict for posting this.

Here the link to AA.

MrKolbySmith Pants in the ground. Looking like a fool with your pants on the ground RT @MsTCaldwell: Are u guys watching American idol?

almighty31 back to work. time to work out

verveaholic: @TonyGonzalez88 I hear ya brother. Just thought I'd throw it out. Chiefs lifer here!!! Big fan of urs. Hope you return a Chief for the HOF