Redskins and Bills Showed Interest in Crennel, Too

Share All sharing options for: Redskins and Bills Showed Interest in Crennel, Too 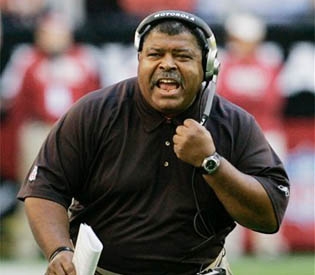 Earlier today, Romeo Crennel's agent, Joe Linta, said there were four teams that showed interest in his client. He's still believed to be destined for the Chiefs, but the other three teams have been identified, according to reports.

First, the Giants were interested. We've known that for some time. How much they wanted Crennel is unknown because Kansas City has reportedly been his first choice all along.

Second, the Redskins also showed interest, according to Adam Caplan of Scout.com.

Third, the Bills showed interest, according to Adam Caplan of Scout.com.

But, as the soap opera continues, Romeo Crennel is expected to be named defensive coordinator soon.