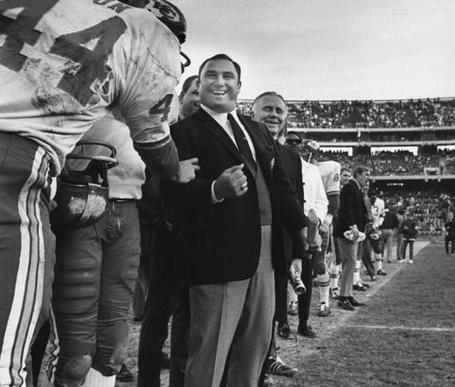 Your Kansas City Chiefs news from across the internet. Hello offseason. Hardley anything out there today. That includes the Star and Gretz's site. Skipping the Tweets today, got to get into work early.

So after the first four games of the 2009 NFL playoffs are in the books, what did we learn?

Save for the defensive farce that was Arizona’s victory over Green Bay, we had re-affirmed several football truths, three in-fact:

Edwards might be the most controversial choice because of his primarily NFL background. Sources said USC is worried it will run out of qualified candidates if Riley officially turns it down.