The Greatest Kansas City Chiefs, By the Numbers: #38

Share All sharing options for: The Greatest Kansas City Chiefs, By the Numbers: #38 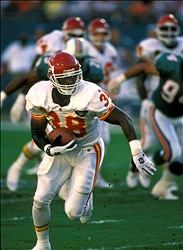 For ten seasons, Kimble Anders was a model of rushing consistency. Never a #1 rusher after he came out of the University of Houston as an undrafted free agent in 1991, Anders essentially rode the bench for the first two seasons of his NFL career.

Then, in 1993, Anders began to feel the effect (like most of the Chiefs offense did) of having Hall of Famer Marcus Allen on the team. Anders played the #2/3 running back/fullback in the 1990s for the Chiefs. He never had more than 79 carries and 398 rushing yards in a season but he made the Pro Bowl three straight years from 1995 to 1997.

Anders is currently the head coach of Northeast High School in Kansas City, MO. Before that, he shared an email address at Mid-American Nazarene College with former Chief QB Jonathan Quinn while both were coaches.

Finley played in four total games for the Chiefs. He was a practice squad player, bumped up four a few games, injured and subsequently released. He was briefly a Cowboy before falling out of football. He is currently a high school football coach.

A fourth round pick by the Bucs in '84, Gunter had fifteen rushing attempts in four games. That was the extent of his NFL career. 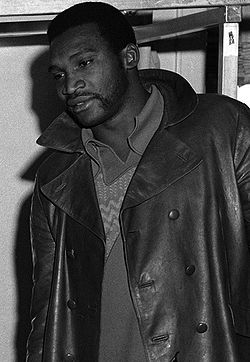 Hayes was a significant contributor for the Chiefs in the mid 1960s and early 1970s. He was on the Chiefs 1969 Super Bowl winning team, in which he had eight rushes for 31 yards.

Hayes played in Denver and Dallas before coming to KC. He had 668 rushing attempts for 2,560 yards. He also added 116 receptions for nearly 1,000 yards.

Loveall played in one season in the NFL, for three teams. He spent four games with the Chiefs in '88 and registered no stats.

Odom is another NFL short-timer. He played in two NFL seasons, the first with the Chiefs and and 49ers and the '79 season with the Rams. He played in eight games for the Chiefs, registering no stats. 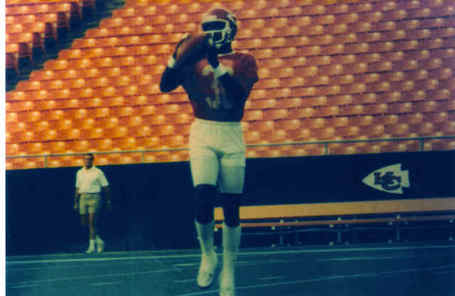 A 6th round pick by the Chiefs, Durwood had five INTs in 24 games over two seasons for the Chiefs. After that, Roquemore had stints in the UFL and the AFL, with Wikipedia saying Durwood "would become one of the best players in AFL history. In six years with the Predators he recorded 290 tackles, and 30 interceptions."

One NFL season. Played in four games. Two starts. One fumble recovery. Thomas is one of eight Elizabeth City State College alumns to have played in the NFL.

Bragg played in four games as a defensive back for the Chiefs. He registered no stats. He as an undrafted free agent who spent his share of time going on and off the Chiefs' practice squad.

Dee Brown is a great example of why you should never have put much stock into NFL Europe. Brown played very well in the European league but could never shake his fumble problems in the NFL. He was headed towards being Larry Johnson's back up but like I said, it never worked out.

Let us know who you think the greatest Chief to wear #38 is.