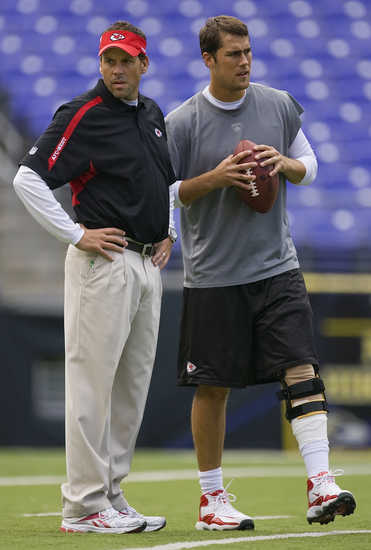 Jason LaCanfora of NFL Network is reporting that Kansas City Chiefs quarterback Matt Cassel will play against the Raiders today.

(Update: Several outlets, including Adam Schefter of ESPN, are reporting the same)

Cassel originally hurt his knee on August 29th against the Seattle Seahawks.  Two days later, Jason Cole of Yahoo Sports, citing a team source, said he had a MCL sprain.  The injury usually keeps players out 2-4 weeks.  The injury happened 23 days ago.

I've been saying all week that my gut feeling is that Cassel will play today (Let's ignore that my gut told me the same thing last week).

There are plenty of reasons that Cassel needs to be on the field today:

To name a few.

But, according to LaCanfora, Cassel's return will happen today around 12:00 PM inside Arrowhead Stadium.

And that would make Chiefsmas that much sweeter.

H/T johnnyo_99 in the FanShots