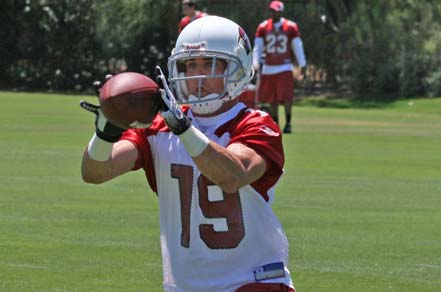 Kansas City Chiefs head coach Todd Haley has reached back into a familiar talent pool with the acquisition of Lance Long.

Long previously played for the Arizona Cardinals while Haley was a coordinator.  The Cardinals waived him on Monday and the Chiefs added him to their practice squad today.

Josh Looney of KCChiefs.com first brought us the news.

Long was signed to Arizona as an undrafted free agent prior to last season.  He went to Mississippi State after transferring from Toledo his freshman season.

Players can be activated from the practice squad at any time.  Other teams can also pluck players from practice squads across the league as long as they're placed on the active roster.

There are a few out there on Arrowhead Pride that have been pushing for Long for quite some time.

Here's how the Chiefs practice squad is shaking out: