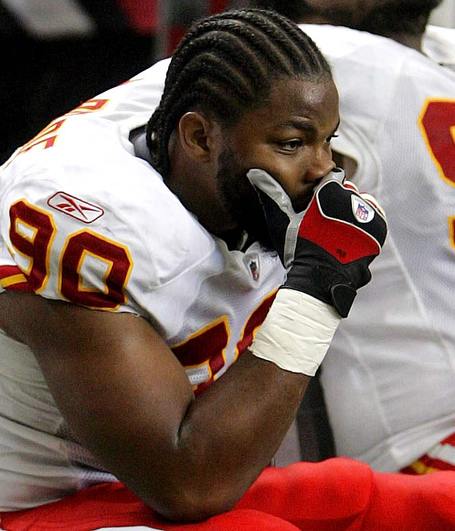 Not a bad first day for Josh Looney with the live Chiefs call-in show.  He just broke the news of who the Chiefs released to make room for Bobby Wade.

He was drafted under the previous regime in 2007 as a second round pick.  He was drafted to be a defensive end with the Herm Edwards 4-3 defense.  The switch to the 3-4 under the new regime moved him to outside linebacker.

We haven't heard a lot of positives out of McBride's position switch so this move isn't too surprising.  It's always a gamble to move an end to linebacker.  Some guys just aren't a fit.

So, McBride is out and Wade is in.

Here is the official release on the signing of Bobby Wade.

As always, we wish Turk the best of luck in the future.