Breaking Down the Chiefs Blocked Punt, In Photos

Share All sharing options for: Breaking Down the Chiefs Blocked Punt, In Photos 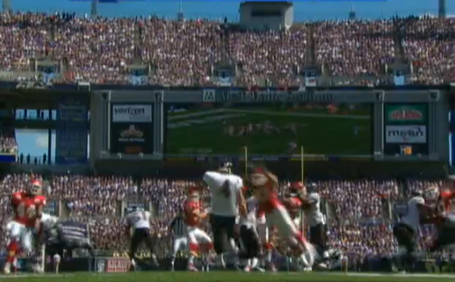 The Kansas City Chiefs first score in a 38-24 loss to the Baltimore Ravens came on a blocked punt by safety and special teams contributor Jon McGraw.

"We had a scheme put in this week," McGraw told reporters following the game. "Coach Hoffman did a nice job, I thought."

But that Hoffman's scheme isn't what caused McGraw to break free.

"And actually, I wasn't the guy designed to block it but they did something different with their protection and I came scot-free so I timed it up well.

"I was fortunate to get the block then a couple of guys bounced on the ball, fumbled it around and were able to recover it as well."

After the jump, we break down the blocked punt in photos, courtesy of screen shots from the CBS broadcast. 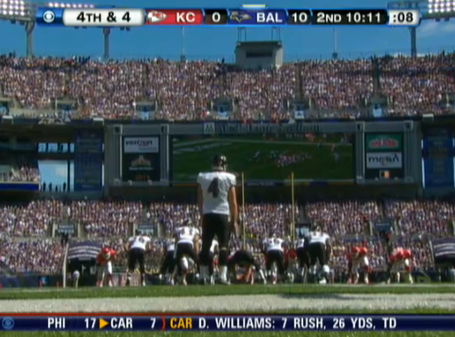 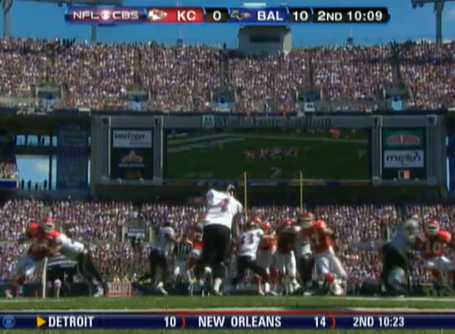 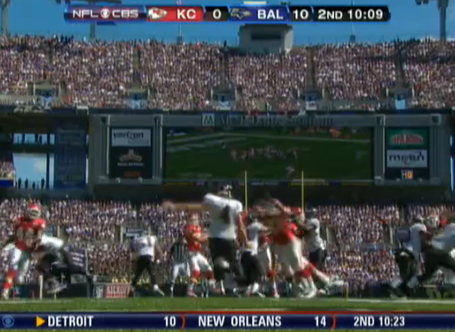 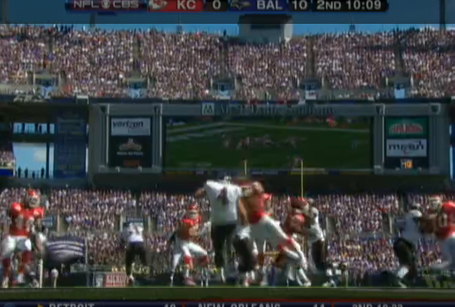 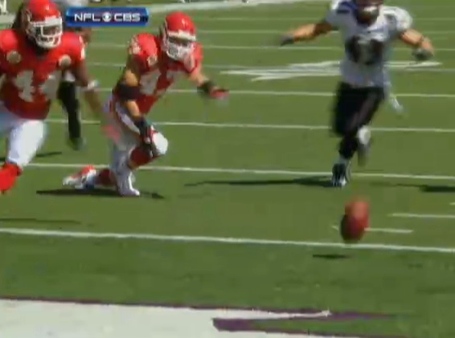 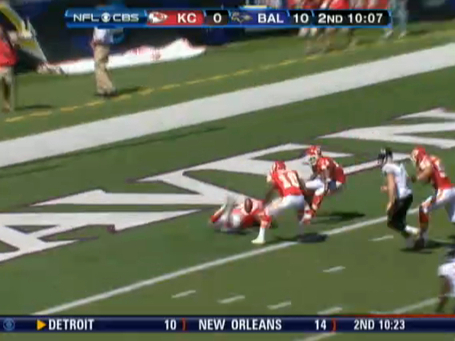 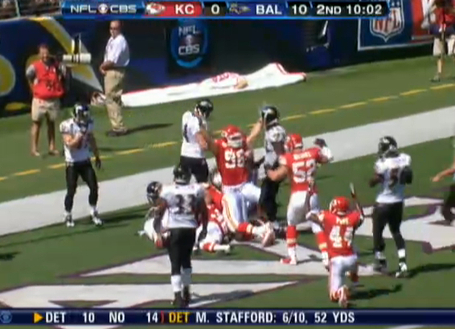