If the Chiefs are Blacked Out, You can Still Watch Them

Share All sharing options for: If the Chiefs are Blacked Out, You can Still Watch Them 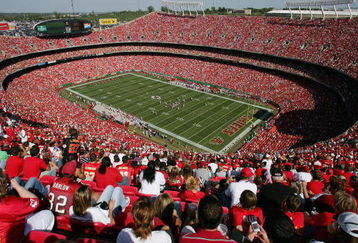 NFL Commissioner Roger Goodell has announced that the league will replay locally blacked out games on NFL.com.  They won't lift the rule that the games have to be (close to) sold out to be shown on television but in light of the economy they're making the games in a market that's been blacked out available on NFL.com starting at midnight following the game.

"We understand that the economy is limiting some families and corporations from buying as many game tickets as they had previously," said NFL Commissioner Roger Goodell. "These free re-broadcasts on NFL.com will allow our fans that can't get to a blacked-out game an opportunity to see the entire game."

I don't think the Chiefs will have a huge problem "selling out" the team's first six home games on the schedule.  Visits from the Raiders, Giants, Cowboys, Chargers, Steelers and Broncos have a good shot at selling out no matter how miserable the team might be.

The last two, however, in what could be less than ideal weather conditions, might be trouble if the team is mightily struggling.  I know the frigid, ten below zero game against the Dolphins in December of last year sold out but they were a playoff caliber team.

If the Chiefs have two or three victories on December 13th, do you expect them to sell out against the Bills?  Or how about the next weekend against the Browns?

So, that's one more reason to hope the Chiefs are competitive heading into December.