The Greatest Kansas City Chiefs, By the Numbers: #39

Share All sharing options for: The Greatest Kansas City Chiefs, By the Numbers: #39 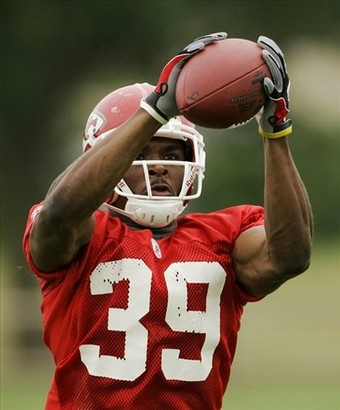 Current #39 CB Brandon Carr may end up being the greatest Chief to come out of this group. It's not exactly a star studded crowd.

A fourth round pick by the Chief in 1977, Bailey played two bruising seasons at fullback. He had 66 and 83 rushing attempts respectively and 266 and 298 yards to go along with them. Throw in two touchdowns and 22 receptions over two years and that's Bailey's KC career.

At the tail end of a long career with the Lions and Broncos, Crockett finished his time in the NFL with two seasons in KC. He had three INTs, one sack and 79 tackles as a Chief.

Everett was an underwhelming corner who played five seasons in the NFL for the Eagles, Bucs, Chiefs and Vikings. For the Chiefs, he had one sack in 11 game appearances. He was signed in late October 1991.

Griffin was a scab for the Chiefs in during the brief 1987 NFL strike. He had one return of 16 yards in one game appearance. 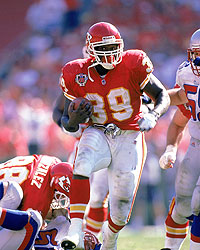 A former third round pick by the Steelers in 1994, unfortunately you're probably already aware of Bam Morris' story. Before the Chiefs signed him, he ran into some, um, legal troubles...

Morris has become more well known for his off field legal troubles than his football prowess. On June 27, 1996, Morris pleaded guilty to felony possession of marijuana in a plea bargain deal in front of a Rockwall County, Texas judge. Police testified that they found 4 kilograms of marijuana and one gram of cocaine in his car during a traffic stop. He was fined $7,000 and sentenced to 200 hours of community service and six years probation.

Obviously, Bam Morris had no friends. Why was the NFL player trafficking marijuana? Man, Bam. Come one. You gotta get some lower level peons in your entourage to do stuff like that.

Anyway, in two seasons with the Chiefs, Morris started 14 games and racked up 895 rushing yards on 249 attempts. 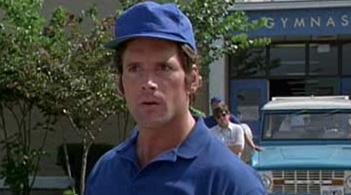 Moser played five seasons in the NFL, with his production dropping off dramatically (to nothing in fact) after his second NFL season. He registered no stats in one game appearance for the Chiefs.

You probably remember Moser best as the assistant coach in Dazed & Confused.

Wow. Kansas City boy Bruce Pickens was the #3 overall pick in the 1991 NFL draft by the Atlanta Falcons. A cornerback. Drafted #3 overall. You got what you deserved Atlanta.

Pickens played two seasons in Atlanta before becoming a journeyman. He would be a Packer, Falcon again and finally, where veteran draft busts go to die, Oakland. 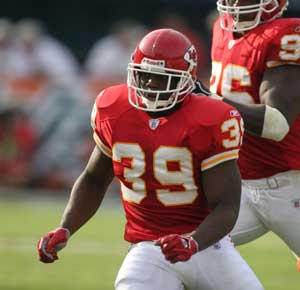 Ross was a co-MVP of NFL Europe and ended up playing in seven games for the Chiefs. He had three attempts for eight yards.

A 5th round pick, Thompson barely played for the Chiefs. He finished his NFL career with four rushing attempts for seven yards.