Report: Tyson Jackson on his way to Chiefs Camp in River Falls

Share All sharing options for: Report: Tyson Jackson on his way to Chiefs Camp in River Falls 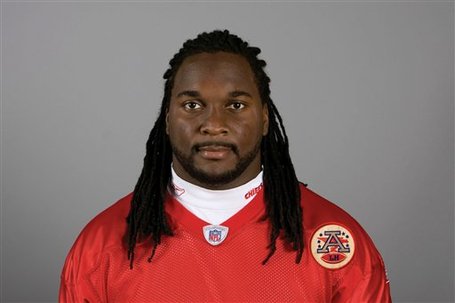 Of course, as I publish a story that multiple media outlets are reporting the Tyson Jackson contract with the Kansas City Chiefs isn't quite finalized, I'm told (Thanks, ravenhawk) about this report from FOX 4 in Kansas City:

FOX 4 Sports has learned that Chiefs' first round draft pick Tyson Jackson boarded a plane at 6 a.m. Friday morning en route to River Falls, Wisconsin and the Chiefs training camp to sign his contract. The contract will be worth more than $50 million over five years and more than $29 million guaranteed.

The $50+ million  and $29+ million isn't news to us but it's getting us closer to finding the final numbers to the contract.

Just wait, Chiefs fans.  We may see Tyson Jackson in uniform today after all.