Chiefs Settling at Running Back with Johnson, Charles and Battle?

Share All sharing options for: Chiefs Settling at Running Back with Johnson, Charles and Battle? 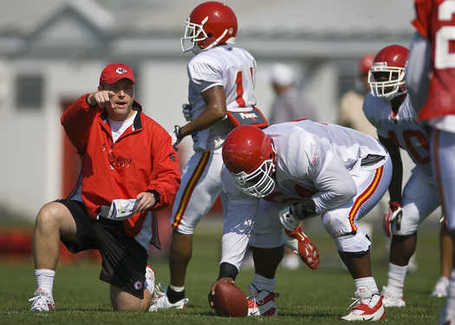 Brian Waters lines up at center (via KC Star)

After the jump, I've got a photo montage of OLB Andy Studebaker laying out RB Jamaal Charles.  He's lucky this wasn't a real game. 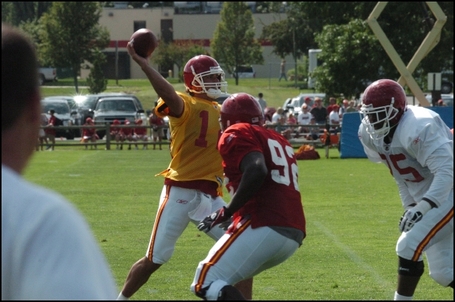 OLB Andy Studebaker sniffs it out.... 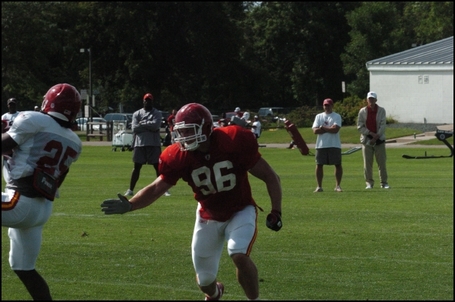 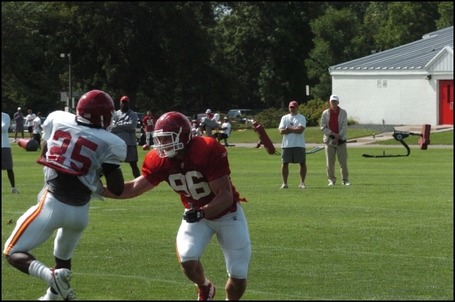 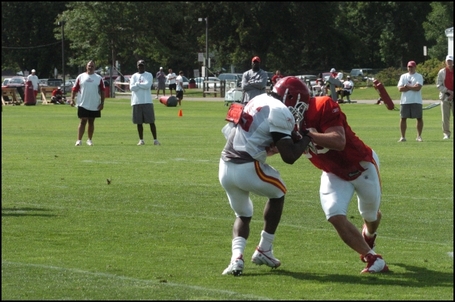 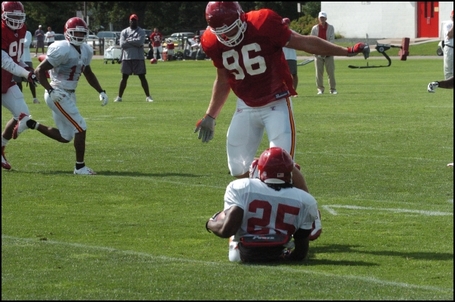 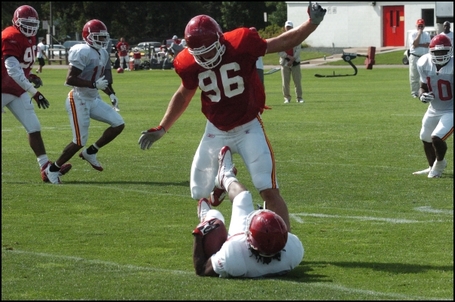 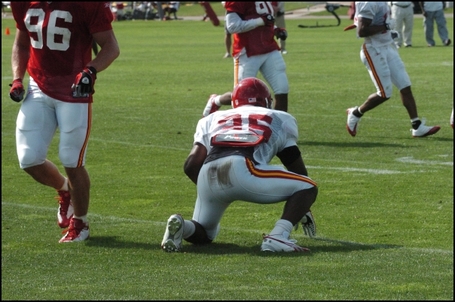 Photos courtesy of the UW-RF staff.