The Greatest Kansas City Chiefs, By the Numbers: #29

Share All sharing options for: The Greatest Kansas City Chiefs, By the Numbers: #29 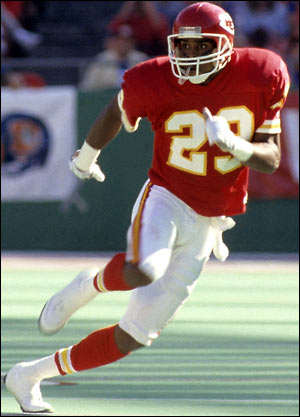 And we take time out of busy training camp posting schedule this morning to bring you the 29th installment of the Greatest Kansas City Chiefs by the Numbers. That doesn't mean the camp coverage stops, of course.

Consider these posts to be your respite from the flurry of training camp news throughout the day. The Chiefs take the field around 2 PM today and go until about 4 PM. Joel will have the info for you on that practice around that time, as well as more posts throughout the day.

If you're new around here, make sure you check out the full list of who's been voted a Greatest Chief by the AP community.

RB Dantrell Savage is the current Chief to wear #29 and he's just hoping to make the final 53-man (or the practice squad) roster.

Only one of these guys deserves your vote. Click Continue Reading to learn more... 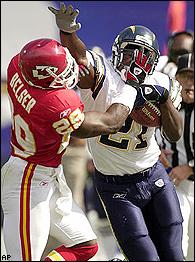 Coming out of Raytown, MO, Belser was an 8th round pick by the Colts in 1992. After a long career in Indy, Belser finished his final two NFL seasons in KC. He played in eight games and made one interception. 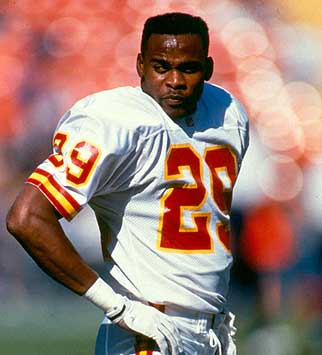 A third round pick in 1983 by the Chiefs, Lewis would play eleven productive years in KC before heading to Oakland. He played in 150 games for the Chiefs, starting 128 of those. He also amassed 4.5 sacks an 38 INTs over that time as well.

On March 4th, 2007, Albert Lewis was inducted into the Kansas City Chiefs Hall of Fame. 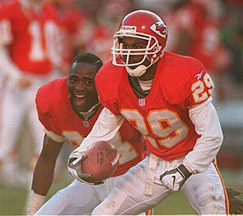 And that about sums up my feelings towards 5'7" Mark "Might Mouse" McMillian. He actually had a great 1997 season, snagging 8 INTs for the Chiefs. He grabbed three more INTs in '98 before heading to the Redskins and 49ers to finish his career.

Powers played four seasons for the Giants after being selected by them in the fifth round of the '74 NFL draft. He played his final season in KC, playing in one game.

A fifth round pick by the Chiefs out of UNC, Williams started one game his rookie season before heading to Seattle in the 1999 season. He was finished in the NFL after the '99 season.

Who is the greatest Chief to wear #29?