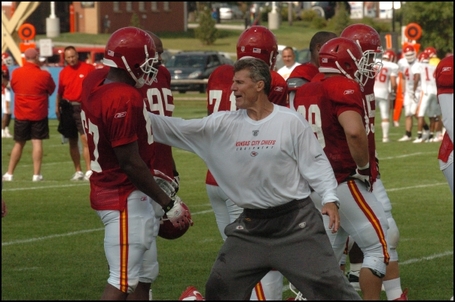 Only 42% humidity in River Falls? (via UWRF)

Practice number five for the Kansas City Chiefs is in the books. We've got most of the updates in, save for the UW-RF update. We'll drop those in when they post it and we'll put a note in this post noting when we updated it.

Here are a few important notes:

Plus more on who sat out of today's afternoon practice, after the jump.