The Greatest Kansas City Chiefs, By the Numbers: #37

Share All sharing options for: The Greatest Kansas City Chiefs, By the Numbers: #37 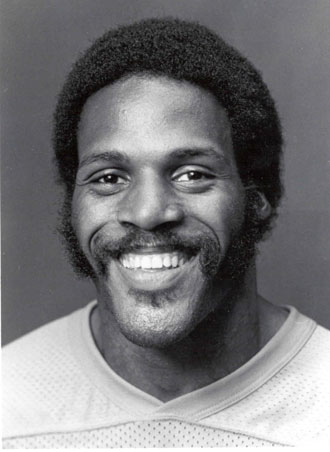 While Collier spent three seasons in KC as part of a three team journey in his career, Joe Delaney's two NFL seasons left an impact that was much greater.

After the jump, I've posted what we wrote back in June, on the anniversary of Joe's death. And since it's 3:45 AM right now on the west coast (where I am before I fly out today), I feel lucky to have gotten this posted (Anyone else feel like they're perpetually chasing more sleep?).

Kansas City Chiefs running back Joe Delaney died 26 years ago. A second round pick by the Chiefs in 1981, Delaney played only two seasons in Kansas City before his life came to a tragic end.

Three boys were swimming in a pond in Monroe, LA at about two in the afternoon. As they waded out farther away from the shore, they would soon find that the bottom dropped off. Screaming and thrashing in the water, only one man in a crowd of people stepped forward.

"Can you swim?" a little boy asked Joe.

"I can't swim good but I've got to save those kids. If I don't come up, get somebody." Unfortunate for the rest of the world and the Kansas City Chiefs, those were the last words of Joe Delaney as he died while trying to save the kids.

One of the boys was able to find his way to the shore. The two others and Delaney did not.

This article by Frank Deford of Sports Illustrated from November 7th, 1983, is a must-read on Joe.

On this day, we tip our hats to a man we proudly call a member of the Kansas City Chiefs family. Delaney's inspiring act reminds us of the common bond that connects all human beings, which is perhaps his greatest legacy.