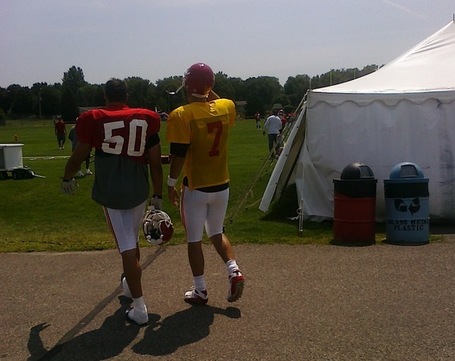 Day two and practice number three of the Kansas City Chiefs training camp are underway. We've got updates from Bob Gretz at CBS Sports for you after the jump.

Before you check that out, today's Matt Cassel press conference is up at the mothership. Here is a snippet about Cassel being in Coach Haley's ear all the time:

"There is no doubt. I am one of those people who is not very patient, so I try to get out there and get into his ear as much as I can with any input that I can give him. If he needs to tell me to shut up sometimes but that is fine, I just need to keep coming at him."

We'll be updating this post as more info comes in.