Share All sharing options for: Chiefs Training Camp Update 8/19 AM 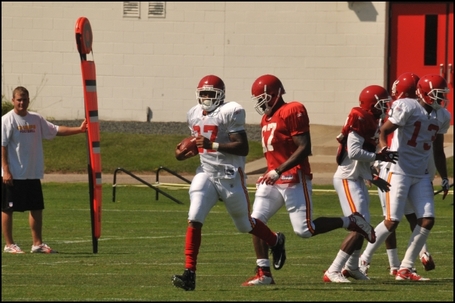 "I like those socks, LJ."  LJ: "Everyone's wearing them now."via UWRF

The Kansas City Chiefs are just ending the first practice of their final two-a-day of camp. Not much exciting today, except for the addition to the tight end group.

Here are a few general highlights:

As always, we'll update this post when the UWRF reports come in.