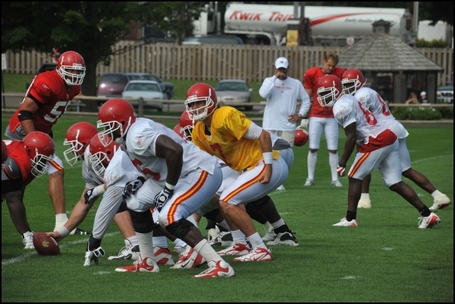 The Kansas City Chiefs practice isn't quite done yet but the reports are starting to come in.  Here are a few general highlights:

As always, we'll let you know when we update this with the UWRF reports.