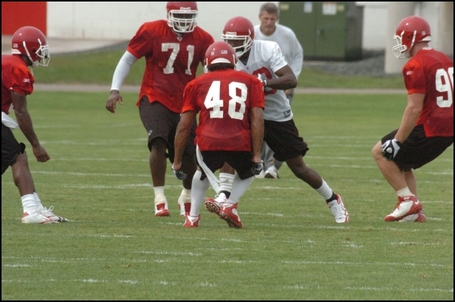 Yes, I'm a little late with this update.  But with good reason.

Sitting in line at the ATM, I see all this smoke coming from under my hood.  I step out of the car, then hear a boom sound and green liquid comes dripping out.  For those of you that know about cars....yep, I blew the radiator.  Of course it's the weekend Chris is coming into town for the game.

So, I'm out of a car until, at best, tomorrow afternoon.  Never a good time for a car to break down.

But, it's time to cheer me up and that means some camp updates.  I've got everything updated but we're very light on the defensive updates.  UWRF may still be adding to theirs.

Make the jump for the rest of the updates.