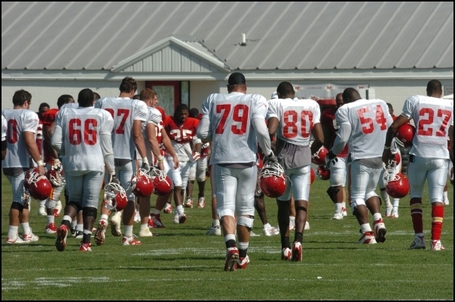 The Kansas City Chiefs conducted the second of two practices this afternoon.  Today's session is just wrapping up so we have all the live updates included.

Don't forget today was Kids' Day, so check out the pictures of the little guys with KC Wolf in UWRF's morning gallery.

We're still waiting on the UWRF updates and we'll let you know when those are added.