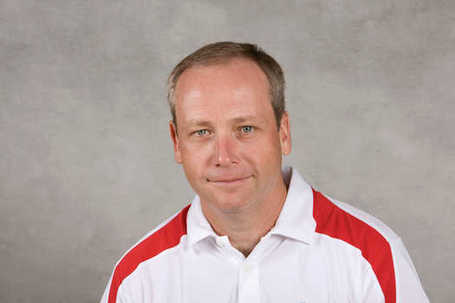 Kansas City Chiefs defensive coordinator Clancy Pendergast talked with 810 WHB on Tuesday afternoon.  The focus was obviously on defense including working on situations, the development of the secondary and the key to generating havoc on the opposing offense.

The Chiefs assistant coaches don't get an opportunity to talk to the media very often so this is a nice surprise to hear from Pendergast.

Notes on his segment with 810 WHB are after the jump.  You can listen to that interview here.

How do you feel about the way the defense looks leading up to the first preseason game?

Well we've had a lot of things installed at this point. We've really tried to review the first couple weeks of training camp the stuff that we did throughout the course of OTAs and mini-camps.  There were a lot of refreshers on what the players had to learn, what they've learned before,  and we tried to hit them with those same things again at that same pace.  It's a work in progress.

How different is Todd Haley as a head coach versus an offensive coordinator?

Todd is a very detail oriented coach, very demanding, very much a technician.  He's doing those same things here that he did out in Arizona.

On working on situations a lot during camp:

Within a game plan, 70% of the games are really their own little game plan within themselves, not just 1st, 2nd or 3rd down.  We just try to prepare the players for all the potential scenarios that may come up.  We've always felt like when you pull up to the stadium you really don''t have any idea what you're getting yourself into.

Do you have to stop somebody on a two point play at the end of the game?  Do you have to protect a lead by three touchdowns?  Do you have to save your timeouts at the end of a game?  You just never know, because there's so much parity in the NFL, what kind of game you're getting yourself into.  Coach Haley has done an excellent job of trying to get the guys prepared for the different scenarios that may transpire throughout the year.

How far are you from where you want to be in terms of guys being prepared for these scenarios?

We've only done practice so I'm sure during preseason some of those scenarios will come up and we'll see how they react.

Is the secondary a position of strength on this team?

On the two safeties, Jarrad Page and Bernard Pollard:

Both those guys obviously have strengths and they offset each other well. They've worked hard in the offseason and tried to get better on the little things and tried to improve their techniques.  I only look forward to seeing them get better and better every day as we go forward.

How long of a process is getting the front seven comfortable with what they need to know?

Coach Gary Gibbs has done an excellent job of getting those guys prepared within the scheme and making the transition. We've had quite a few walkthroughs in OTA practices, and mini-camp practices and now we've been in training camp for about a week half so they've had a good bit of work now we just have to see them live in game type action.

What's the key to generating havoc on the defensive side of the ball?

I've always felt like, going into every game, we want to run our defense faster than the offense can execute their offense.  And if we do that then we'll be beating the offense to the punch so to speak.  When your guys, defensively, have a good idea of where everyone is, where their help is, what the offense is trying to do, then you play at a high level.  And when you play at a high level, you're reckless, you make a point that you want to create turnovers, usually you get that done.