Take a Sneak Peek of the New Mothership

Share All sharing options for: Take a Sneak Peek of the New Mothership 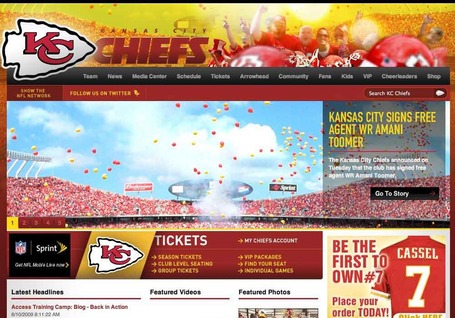 Looks sharp!  This is a sneak peek of the brand spankin' new Mothership (by way of NJChiefsFan in the FanShots), or KCChiefs.com.  The folks at the Chiefs official Twitter had to let us in on a quick screen shot of the site that will debut soon.  Congrats to the Chiefs team!

Although this is only a small slice, it's definitely exciting to know the folks at One Arrowhead Drive are committed to providing a top notch web experience for us freakishly obsessed fans Arrowhead Pride readers.

We don't know all the details yet, but it looks like there's a section for comments so that means some sort of social networking.

First shot of the new Mothership....what do you think?

(Note: It's gotta be better than the Mothership circa 1998, which I've attached an image of after the jump) 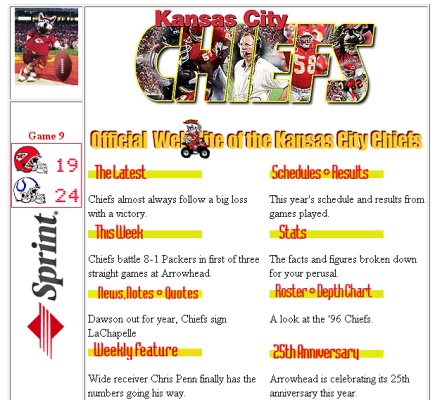