The Greatest Kansas City Chiefs, By the Numbers: #27

Share All sharing options for: The Greatest Kansas City Chiefs, By the Numbers: #27

Current #27 Larry Johnson should have no trouble winning this poll against The Real Deal and a host of one year (in some cases one game) players. #27 hasn't graced the front of many great Chiefs' jerseys.

Click through to see who's up against LJ for the greatest Chief to wear #27...

A second round pick in 1979, Brown played six seasons for the Seahawks and Rams before finishing his career in Kansas City. He was more of a fullback, short yardage back in KC. If you search Google News for him back in the early 1980s, you'll see lots of references to short TD runs. He was 6'2", 225 pounds and scored 12 TDs for the Chiefs in two seasons. 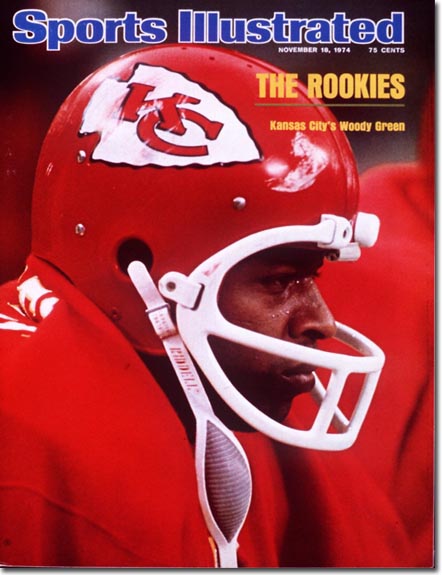 The speedy Green was an effective runner and pass catcher for the Chiefs in the mid '70s. He had 135, 167 and 73 rushing attempts respectively with the Chiefs after being a first round pick in 1974.

in 1975, Green and another NFL player were acquitted of rape in Oregon. He was put on waivers in 1977 after a knee injury. 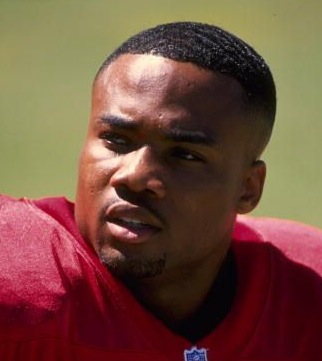 Another first round pick at runningback by the Chiefs, Hill came from a stat-packed Texas A&M career to back up Marcus Allen for most of his time in Kansas City. In his final season, he started all 16 games for the Chiefs.

While splitting time with Allen, Hill averaged right around 150 rushing attempts each season. He scored only six TDs as a Chief, compared with Allen's 32 during the same time period. Hill rushed for 2,436 yards in his career.

Since we know Larry Johnson so well, here are his stats as a Chief.

There's really no reason that LJ shouldn't win this poll with those numbers.

Undrafted out of San Jose St. Julien played in a couple of games late in the '02 season after spending the entire season on the Chiefs practice squad. He registered zero stats and did not play for any other NFL teams.

Kratzer was brought in for one game late in the 1973 season. He registered no stats and played for no other NFL team.

I can't find any other news or stories about Milo except that he played in one game for the Chiefs after being drafted in the 11th round of the '78 NFL draft. He registered no stats. 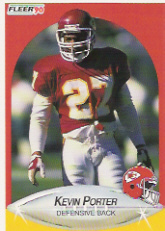 Porter played 76 of his career 78 games with the Chiefs, playing in two games for the Jets during his final season. He had 1.5 sacks and one INT in his Chief career.

Not much out there on Donovan Rose. He played in seven games for the Chiefs, registering no sacks. He finished his NFL career with two seasons in Miami.

Smith was a scab signed by the Chiefs during the NFL strike. He registered absolutely no stats with the Chiefs.

Taylor finished his NFL career in KC. He had 46 tackles and two INTs while starting five games and playing in 31 games as a Chief.

Walker did two laps in Kansas City, originally as a fourth round draft pick and then again as a four year veteran. He played in Cincinnati and Miami in between stints in KC.

Walker started one game; played in 56 of them; made 11 tackles and one fumble recovery in five seasons with the Chiefs.

Who is the greatest Chief to wear #27?