The Greatest Kansas City Chiefs, By the Numbers: #20

Share All sharing options for: The Greatest Kansas City Chiefs, By the Numbers: #20 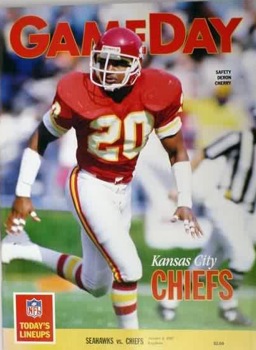 CB Donald Washington, who currently wears #20 for the Kansas City Chiefs, better read this post for a history lesson on the greats who have worn #20 before him. And no, I'm not talking about Benny Sapp.

Deron Cherry is easily one of the greatest Chiefs of all-time and when I vote, it's going to be for him. Dante Hall also wore #20 for a brief period in 2000 and 2001 but I figure we'll save him for #82. That seems more appropriate.

Check out some more info on these guys after the jump and make sure you vote. 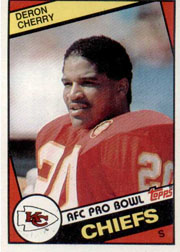 Originally an undrafted free agent punter, Deron Cherry came to the Kansas City Chiefs in 1981 and had one of the most celebrated careers out of any Chief, ever.

From his Wiki page:

Cherry was selected to the Chiefs Hall of Fame in 1996. He had 50 career interceptions, 15 fumble recoveries and 3 touchdowns in his career. He is also one of 16 players all-time to get four interceptions in one game, which he did in September 1985 against Dave Krieg at the Seahawks.

Deron Cherry is truly one of the greatest Chiefs of all-time. 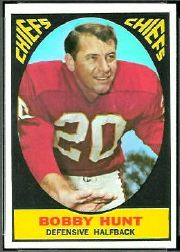 If you want a weird connection in this post, Bobby Hunt also had four interceptions in one game like Deron Cherry did. Hunt did it in 1964 and it was also in a game the Chiefs won 28 to 7.

As far as NFL safeties go, we have two of the best in this post today. Bobby Hunt had 42 career interceptions and put up just ridiculous numbers for a safety during his time with the Chiefs. In six seasons with the Chiefs, Hunt had 37 INTs, including a 10 pick season in 1966. 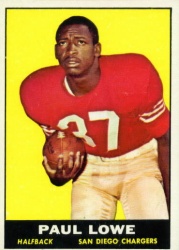 Lowe had a pretty solid career with the San Diego Chargers before coming to the Chiefs to play the final eight games of his career.

He only had 33 rushing attempts as a Chief.

There isn't much out there on Horace Perkins. He was drafted by the Dolphins in 1977 and he's on the Chiefs' roster in 1979 but didn't register any stats.

In Denver, meanwhile, police said former Kansas city Chiefs cornerback Horace Perkins was arrested tuesday for investigation of stealing 70 grams of pure from a pharmaceutical supply firm where he worked.

Alright. He's not winning this poll. 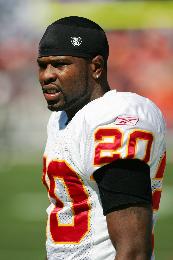 Sapp was a run of the mill (sometimes better than that) safety for the Chiefs. High school teammates with Asante Samuel, Sapp was an aggressive nickelback who played on and off for the Chiefs for four seasons.

Sapp is probably most well known for his outburst in a 2007 game against the Bengals.

It was Edwards, you see, who asked game officials to consider ejecting angry Chiefs cornerback Benny Sapp after his defensive holding call. The subsequent personal foul gave the Bengals a first down after they'd been stopped on a third-and-17 play from their own 10 in a tight 10-7 game.

As Sapp argued first with the Bengals, and then with his own teammates and coaches who tried to calm him down, a cool but irritated Edwards showed his ire in a conversation with the officials.

Good 'ole Herm, trying to play it straight. Sapp was cut after that season and currently plays for the Minnesota Vikings. 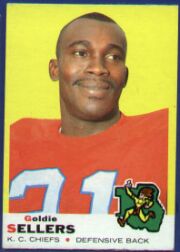 Didn't they have some great names back in the AFL/NFL days? Wow.

A Denver Bronco for half of his career, Sellers came to KC as a kick returner and a cornerback. In 1968, Sellers returned seven punts for 129 yards and a touchdown. He returned two kickoffs as well, in addition to snatching three INTs as a cornerback.

During the Chiefs' Super Bowl run in 1969, Sellers contributed significantly less on the field. He only returned two punts and registered no defensive statistics in 1969.

Sellers was cut in training camp in 1970.

An eighth round pick in 1971, Sensibaugh played five seasons in KC before finishing up his NFL career in St. Louis.

Mike had a very solid career with the Chiefs. In those five seasons, he played in 63 games and had twenty interceptions. His best season was in 1972 when he had 8 INTs.