Some Advice For Brian Waters

Share All sharing options for: Some Advice For Brian Waters 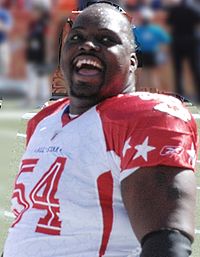 I can empathize with Brian Waters.  Like Brian, I too have had to deal with big changes in my job.  A job that I had begun to think I wanted to spend the next 20 or 30 years at.

Recently the division manager that I was hired under, the guy that literally built our division from the ground up and convinced corporate to build it in my hometown was railroaded into retirement.

I would say that at the point he left, probably 75% of the employees had been there 10 years or longer.  He created a great atmosphere for the employees that made everyone that came to work there want to stay for the next 15 or 20 years.  He coddled the employees.  In his mind (and that of the employees), they worked for HIM, not for the overall corporation as a whole.

The family atmosphere was to such a degree that many of the mothers that worked there could have their children come in after school and sit in the breakroom watching cartoons while they finished their shift and the division manager would go in and teach these 10 year olds about how electroncis worked.

His replacment, needless to say, was horrified by much of what was happening.

The situation the Chiefs now find themselves in remind me very much of my own.

As much as many of the fans disliked Carl Peterson, after 20 years HIS way of doing things was the Chiefs way of doing things.  The players, especially the veterans who were the favorites, had free access to the GM any time they wanted and often to the owner Lamar Hunt as well, and that top managment would pat the head and stroke the egos of those players whenever they were upset about something.

Veteran players that towed the company line and were loyal to the team could expect to have that loyalty rewarded.

However, change has happened.  The guys that created that atmosphere, Lamar and Carl, are gone now.  And their replacments, Clark and Pioli, while they themselves I'm sure are very nice guys, will handle things differently than how the players under the old regime are used to and how they had come to expect.

In my own situation, the new division manager is a very nice guy.  But he doesn't know the employees the way the old manager did and does not have the connection to them that he did.  He took over at the beginning of the big economic downturn and unlike the previous manager who would fight corporate to avoid layoffs, the new manager permanently terminated several positions that were largely superfluous in an effort to keep us close to the black.  He immediately put a stop to the unattended kids in the breakroom for insurance purposes and began strenuously enforcing a slew of unpopular corporate regulations that the old manager just poo-poo'd and let slide.

Brian Waters situation is exactly the same as those "old timers".  He is used to things being done a certain way.  A way he was comfortable with and a way he wanted to spend the rest of his career.  Sure he wants to win, but considering he resigned at a time when the Chiefs hadn't won a playoff game for many many years indicates that winning was probably not as high a priority as maintaining his comfort level was.

So from experience in a similar situation, here is my advice to Brian Waters:

Change sucks.  It makes you nervous because you don't know what to expect next.  But change happens whether you like it or not and sometimes once you get used to the change things are better than before.  Maybe you will find out that being a winner is better than being comfortable.

So in this situation, the best thing you can do is get in line, keep your mouth shut and learn how things are done NOW and quit complaining about how things USED to be done.  This is a "you can never go home again" situation.  The past is gone.  All thats left is the future.