Share All sharing options for: Kansas City Chiefs Safety Mike Brown Gets a One Year Deal 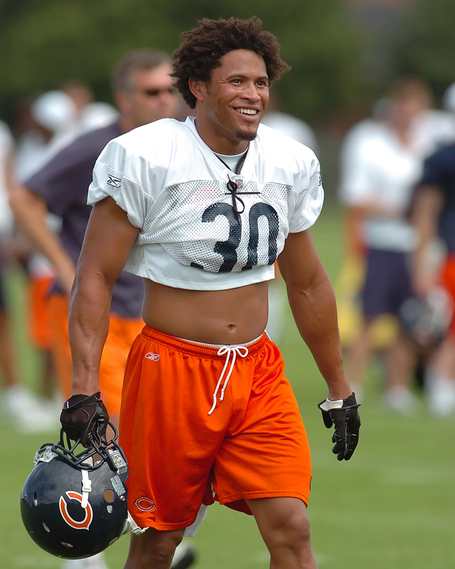 The Kansas City Chiefs made the signing of veteran safety Mike Brown official on Thursday, June 26th.  Today we've learned the contract is a one year deal with a base salary of $900,000.  We haven't figured out the signing bonus information (if any, which is unlikely).

The contract is in line with the deals (excluding signing bonus) of other veterans the Chiefs front office has inked this offseason:

There isn't much we can glean from the duration of this deal.  The Chiefs are wise to put Brown on a one year "prove it" deal until he can drop the criticism that comes with his injury history.  The original report by Adam Teicher of the Kansas City Star suggested he might push Bernard Pollard or Jarrad Page for a starting safety spot.  While this may be true, the Chiefs have to (and likely are) looking at A) the injury history of Brown vs. the incumbents and B) future potential.

Entering last season on the final year of a five year, $17 million contract signed in 2003, Brown restructured his deal per the Bears request.  His base salary was lowered to $950,000 with the other $1.49 million now available only through hitting certain playing time incentives.

The Bears did not make an attempt to re-sign him following '08 season.

The Chiefs brought him in for a workout the first week of June.  It's unclear if a contract offer was made then or if both sides waited on future offers from prospective teams.  Cleveland was the only other destination rumored to be in the mix for him but multiple outlets reported the Browns were unlikely to take a chance on him.

Absent a signing bonus (which we can't confirm), no money is guaranteed at this point. As a nine year veteran, Brown's contract would become immediately guaranteed for the year if he's on the opening day roster.

That said, it's far from a guarantee that Brown makes it through training camp with the Chiefs and wins a starting job.