Continuing with ESPN's All-Decade rankings, we look at the most overrated and underrated players of the decade.  Trent Green and Dante Hall were each on the list.

Can you guess which player goes with which list?

No Chiefs quarterback put up numbers like Green over a five year stretch (and likely never will).  He also only made one playoff appearance (and lost) in his five full seasons with the Chiefs.

Dante Hall was one of the most electrifying returners of all time (came in right behind Devin Hester in special teams player of the decade).  Dubbed the human joystick, Hall had a stretch in 2003 where he had four consecutive weeks with a touchdown return - all of them ended up being the game winner.

Click through to find out which player was the 9th most overrated and 25th most underrated player of the decade.

Dante Hall the 9th most overrated player of the decade 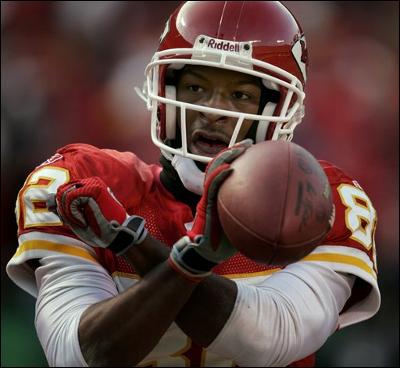 According to ESPN, Hall's record setting 2002 and 2003 seasons were a two year flash in the pan before he returned back to being a regular, inconsistent kick returner.

Remember when Dante Hall was "the X-Factor," and ESPN The Magazine had him on the cover as a possible MVP candidate? It turned out he was subject to the same inconsistencies as the rest of the kickoff returners in the league, and he's an average slot receiver at best. Then Devin Hester came along a few years later, and did everything 20 times better than Hall did.

The statistics agree with this assessment.  His 2002-2004 seasons were very, very good but the rest of his time in Kansas City (and later St. Louis) was average at best.  His career average of 10.5 yards per punt return were only topped in the '02 and '03 seasons while his career average of 24.0 yards per kick return were only topped in '03 and '04.  The rest of the time was....average.

Trent Green the 25th most underrated player of the decade 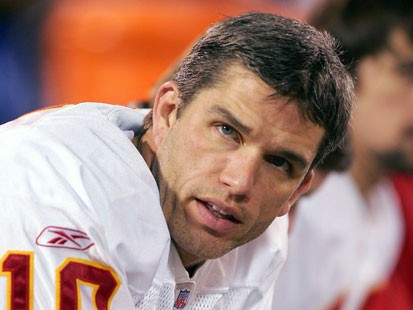 Considering the importance of the quarterback position, and Green's stellar, Pro Bowl caliber play, I would argue that he should be higher on this list.  His 2002-2004 seasons were nothing short of spectacular.  The numbers he put up in his five full seasons in Kansas City will never be matched by another passer in franchise history.

According to Football Outsiders' DYAR stats, Trent Green is one of the five most valuable quarterbacks of the decade, behind Peyton Manning, Tom Brady, Brett Favre and Drew Brees. He ranked among the top three quarterbacks for three years, 2002 to 2004, and was fifth in 2005. Green was also an excellent scrambler, who rarely took off unless he could get a first down.

You learn something new every day.  I had no idea Green was such an effective scrambler.

Tis the season for rankings.  Here are a few places various Chiefs have been ranked this offseason: