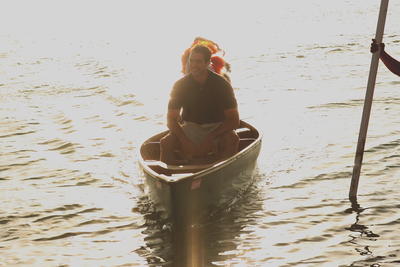 Mr. Irrelevant, Ryan Succop of the Kansas City Chiefs, arrives in Newport Beach for the start of Irrelevant Week.  At the shore were fans screaming "Succop" (pronounced "Suck-up"), women in Indian headdresses and even Pocahontas.  Seriously, Pocahontas. 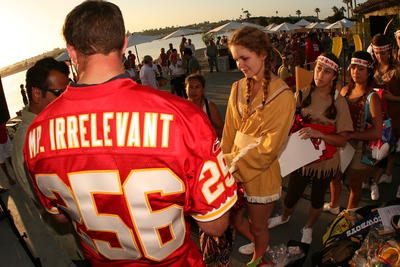 There's your Pocahontas/women in headdresses proof. 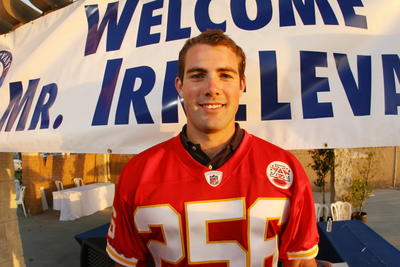 On Monday, Ryan Succop arrives in Newport Beach, California for the 'shower of gifts'. From what I've gathered, it's just a ton of miscellaneous gifts they give him.  For example, Roger Goodell sent him a gold watch. 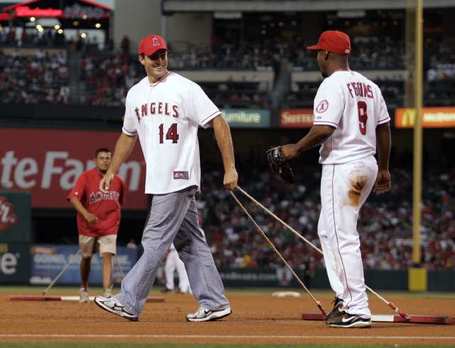 Here he is helping drag the dirt in between innings with the grounds crew.  Apparently this is a tradition for Mr. Irrelevant during his week. 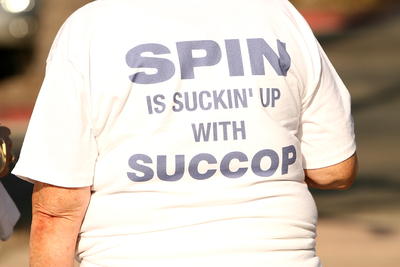 As you can tell, advertisers were drooling to get Succop's name on a t-shirt! 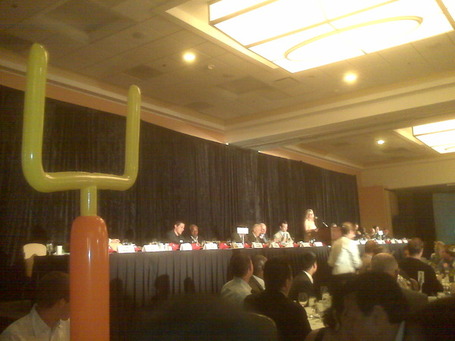 Here's a nice shot from Succop's table at the annual Lowsman Trophy banquet (courtesy of Twitter.com/CombineSeries).  He was presented a trophy of a man fumbling the ball.

"You get to the travel with the team?"

"I heard kickers have to get to the games on their own."

Thursday was the Succop the Surf Party.  Gotta love this attitude: On the official Irrelevant Week website, the noted length for this event is "Pretty much all day".

Here's a miscellaneous story from Succop's biggest fan, his mother:

"It was his first game as a kicker and the punter," said Kathy, and if you read further, probably the first time Succop’s teammates believed he was a football player. "The most exciting thing was when he went to punt, he saw that it was going to be blocked, and he just tucked the ball under his arm and ran [16 yards] for a first down. It was awesome."

I know Todd Haley and Scott Pioli like players that can play two different positions...but the kicker (I'm joking, certainly not suggesting using Succop outside of special teams).

You know who else attended the Lowsman Trophy banquet?  Christian Okoye, the recent interview subject of our own connerman (part one and part two).

Two different Orange County newspapers had something like this to say about the Chiefs:

(Please hold your protests; if Succop makes the team, he's going to kick for the Chiefs, whose very existence is politically incorrect. And during Chiefs home games at Arrowhead Stadium, the "tomahawk chop" is still in vogue.)

Maybe it's a California thing (And, if it's not, I'm sure our Cali readers will let me know that).