This story comes from Jeff Pearlman of Sports Illustrated.... 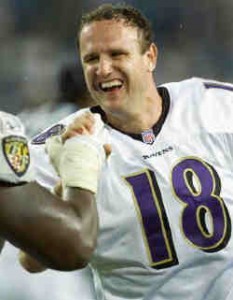 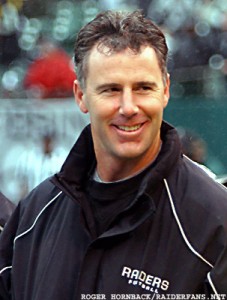 Back in 1998, People magazine was preparing for it's Sexiest Men issue.  At the time, the Chiefs quarterbacks were Elvis Grbac and Rich Gannon.  The magazine awarded the 'Sexiest Athlete' title to Gannon and sent photographers out to Kansas City to snap photos of him for their issue.

The only problem?  The magazine told it's photographers to take pictures of "the Chiefs quarterback", not specificallytelling them it was Gannon, not Grbac.

So, the photo editors come back to the office and show the People staff the work they've done.  That's when everyone realized they'd made a huge mistake.  You see, the photo editors sought out "the Chiefs quarterback" which was technically Grbac at the time.  Remember, Grbac was the starter and after his injury, Gannon stepped in.  But the old Marty Schottenheimer rule 'You don't lose your job to injury' was in effect so Grbac was considered the starter by the team.

The pictures made their way back to the New York offices, and editors were dumbfounded.This was their Sexiest Athlete? Yet upon learning the truth, no one with the magazine had the heart (guts?) to tell Grbac that an unfathomable mistake had been made. As a result, Elvis Grbac reigns as People’s 1998 Sexiest Athlete.

The last line of the photo spread (photo after the jump) says it all: "His personality makes him sexy." 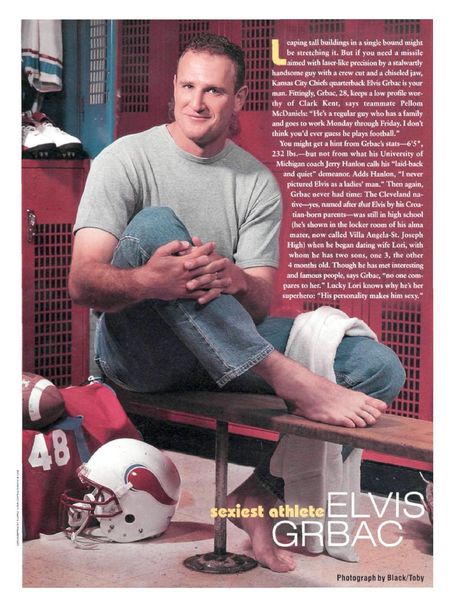