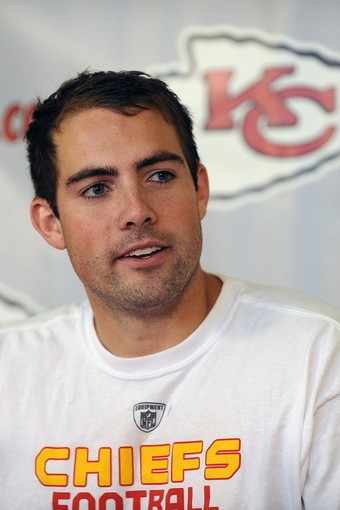 The Kansas City Chiefs announced on Tuesday the signing of seventh round draft pick Ryan Succop. Reports began circulating last Wednesday that Succop and the Chiefs had agreed to terms. Our own connerman confirmed these reports with Succop's agent, Joel E. Turner.

The contract reportedly includes a duration of three years worth $1.2 million and a $25,000 signing bonus according to multiple media outlets.

As I said earlier today, the contract was likely signed on Thursday afternoon, delivered to the League's Management Council (within two days) who in turn gave it to the NFLPA (within two days) making the deal official today.

Succop was the last pick in the 2009 NFL Draft. He played in 50 games over four years at the University of South Carolina where he completed 71% of his field goal attempts with a long of 55 yards. Per Bob Gretz, Succop has shown he has a stronger leg than Barth and at best guess appears to have a leg up (pun intended) on his competition.

Succop is in the midst of Mr. Irrelevant Week, a week-long celebration of the last pick in the NFL Draft. We recapped his arrival and the rest of day one here, and will post updates tonight on day two.