Share All sharing options for: Chiefs on the Verge of Signing Their First Draft Pick of the Off-Season 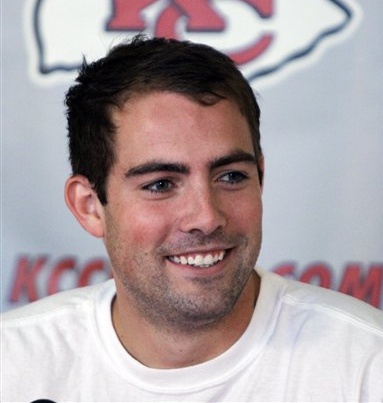 You can all take a deep breath now. Mr. Irrelevant, the last pick of the 2009 NFL draft, K Ryan Succop is on the verge of completing a contract with the Kansas City Chiefs. Succop would be the Chiefs' first 2009 draft pick to sign.

The Chiefs and seventh-round pick Ryan Succop have agreed to terms of a three-year contract that the kicker will sign Thursday morning, Succop's agent, Joel Turner, told The Star on Wednesday afternoon.

Turner said the sides agreed to terms today, but a Chiefs employee had to leave team headquarters early Wednesday, delaying the signing another day.

Turner would not reveal the amount of Succop's impending deal, but media organizations in South Carolina, where Succop played college football, reported that the contract will be worth $1.2 million.

Succop probably had to get the deal quickly because he's the guest of honor at, and I can't believe I'm typing this, a $100 a plate dinner celebrating Mr. Irrelevant.