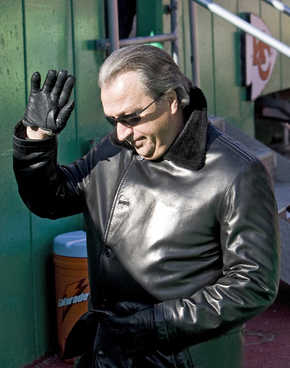 With a hat tip to chiefs8288 yesterday in the FanShots, we find that former Kansas City Chiefs GM Carl Peterson has found a new job - chairman of the USA Football League.

USA Football is the national governing body of youth football. Peterson, who spent 20 years with the Chiefs, will serve as chairman of the independent nonprofit.

The group was endowed by the NFL and NFL Players Association in 2002. It hosts more than 100 football events annually, instructing coaches, players and game officials and providing resources for youth football league commissioners.

What will Peterson be involved in as chairman? Here's a short list.

Pretty cool gig if you ask me. No word yet if Carl Peterson has plans yet to be USA Fooball's czar, managing every single aspect of the organization he can get his hands on.