Share All sharing options for: 2010 NFL Draft to be Held in May, Not April? 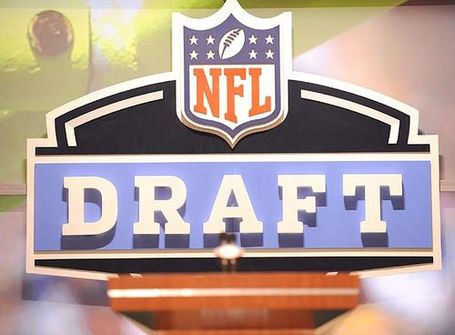 Thanks to a tip from Mocking Dan over at Mocking the Draft, we've noticed something interesting on the NFL's calendar for the upcoming year.  The draft, if we're to believe the NFL calendar year schedule on their website, is to be held in early May.

Here's the entry on the calendar:

This won't change anything as the draft is usually held on the last weekend in April.  It gives GMs, scouts and all the NFL personnel folks another week to watch tape, decide on players, change their minds, decide on another player and so on and so forth.

May 1st might be the possible landing date as it's the first Saturday in May, the day on which the NFL draft usually starts.  The last weekend in April is Saturday the 24th and Sunday the 25th.

There's been talking amongst league executives of possibly moving the first round, or even half of the first round, to Friday night in primetime.  I've also heard an idea floated that the first round could be held on Thursday, the second on Friday, the third and fourth on Saturday and rounds five through seven on Sunday.

Nothing has been decided at this point but as of now, the NFL is scheduling the 2010 version of the NFL draft to be held sometime in "early May".