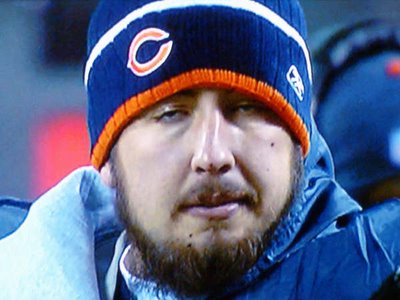 But the Denver Broncos still replaced the most dynamic, young quarterback in the game with a career 55.3% passer.

First, Jay Cutler is shipped to Chicago. Next, Brandon Marshall stays away from mandatory mini-camp in protest of a contract. Marshall is reported to be skeptical of the team's medical staff. To complete the trifecta, we have this outstanding news (for the Chiefs) that Kyle Orton will be the Denver Broncos starting quarterback in 2009.

Coach Josh McDaniels made the announcement Saturday as the team readied for Sunday's final day of on-field prep for training camp in late July. The former Chicago Bears quarterback took all the snaps behind the first-team offensive line during Saturday's practice.

If there is a football God, he's been smiling over Kansas City this offseason.