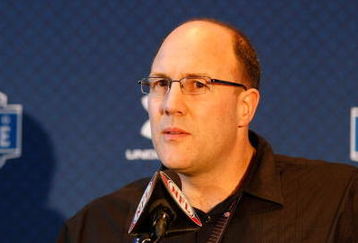 After the NFL Draft in late April, Scott Pioli's honeymoon in Kansas City shortened a bit. His May approval rating dropped 12%, the biggest drop since we started these ratings in February. Here are a few stories that Pioli was involved in last month:

Let's see if time has tempered some of the post-draft criticism of our new GM.

Do you approve of the job Scott Pioli is doing as the Kansas City Chiefs general manager?