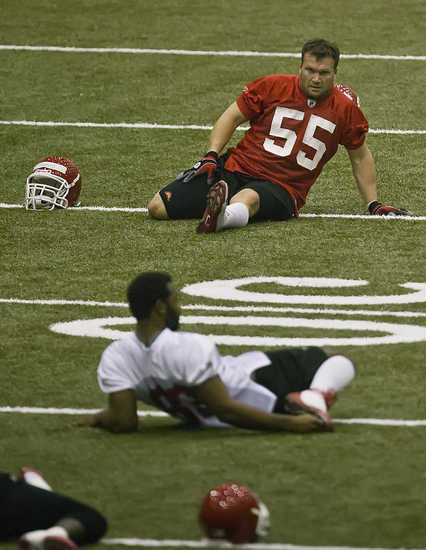 The block qoutes are taken from the KC Star.

I guess this is why a lot of people got worked up when Tony G. asked for a way out, hoping to get his shot at winning a Super Bowl trophy.  I can see both sides of the debate in which both sides have compelling arguments, I am left indifferent.  Ultimately Tony gave up all hope of our chances of ever improving quickly enough to make it to the big show, and for that I cannot forgive him.   Tony's hopelessness can only leave a negative impression on the chances of both teammates and fans alike.  Imagine working your butt off only to concede that we will never be good enough to make it to the Super Bowl.

The loss of hope can only leave a hollow feeling of confusion, creating an almost self destructive nature within the consiousness of a teammate that the season would be lost even before it has started.

Tony became the player who he is today not only through his hard work, but because he was blessed to spend his career on a team that would highlight him in its offense year after year.   Could you imagine if Tony had the misfortune of being on a team that did not utilize the TE position effectively?  Teams like Arizona and Pittsburgh  both appeared in the Super Bowl.  Both teams also do not feature the TE position as a first option offensive threat,  viewing the position as more complementary in nature to the WR and RB's.

Now the question that needs to be asked is, How about if Tony did have the opportunity to play in a Super Bowl, maybe even win a Lombardi trophy?  Yet did not have the numbers at the end of his career to warrant a serious consideration in the HOF.  Will Tony be remembered in the history of the NFL as a good TE on a maybe Championship team? or will he be immortalized in the HOF as the greatest player to have ever played the TE position if not for his time in Kansas City.

"I was a little skeptical coming in at first, to be honest," Thomas said. "Once I came in and talked to (Haley) … he was straight to the point. He wanted to change the mind-set of the players. He really grabbed me right there.

When Pioli came on board, I'm sure Tony quietly continued to pursue a trade.  Which went against what Pioli was saying in the beginning when he wanted to find players who wanted to be here, the right 53 not necessarily the best 53?

How do you change the mindset of the team if individual players are only thinking about their needs versus the greater needs of the whole team?

I’d like to be there for that transition, that change, kind of like Miami did last year. It can be done

Unlike Tony, Zach provides a positive role model for the younger players.  Both Zach and Tony are hard working, and extremely competitive.  The only glaring difference is that one chose to come to this team while the other was constantly looking out the window.

"I have high expectations for this team. I’m excited to come out here and try to make a difference. I’m not coming to be a coach or help this team try to rebuild. I’m not here for that."

This statement of Zach is what does it for me when I think of Tony.  "I have high expectations for this team."  Tony didn't, that's why he wanted out.  He lost all hope in a team that helped make him great.

I don't blame Tony for thinking that the grass would be greener on the other side, but am always reminded that you better careful what you wish for ..... because you might just get it. 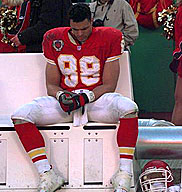 I wish Tony only the best.  He left me with a lot of great memories, but the CHIEFS will have a better chance at winning a Super Bowl with Zach than we would with Tony's hopeless attitude.