The Greatest Kansas City Chiefs, By the Numbers: #7

Share All sharing options for: The Greatest Kansas City Chiefs, By the Numbers: #7

Our jersey foray into the number sevens yields us some lesser known names and one that is still famous on Sundays. With a little luck, current Chiefs QB Matt Cassel could be the most famous #7 of all-time in Kansas City.

We've got a world record holder, Arena Leaguer, a TV analyst, a Heisman Trophy winner and a few Super Bowl winners tucked in there.

Jump over to see who's who. 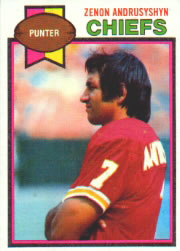 Zenon Andrusyshyn's one year stop in Kansas City was a brief layover from the journeyman punter's CFL career. Andrusyshyn only played one season for the Chiefs in 1978 before bouncing around the Canadian Football League for another decade. Born to Ukrainian parents in Germany in 1947, Andrusyshyn hold the world record for the longest punt in pro football history - 108 yards. That punt happened in the CFL in 1977. 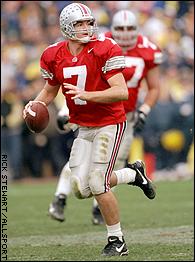 Germaine was briefly a Kansas City Chief in 2002, when the Rams traded him to KC for a sixth round pick. Before coming to KC, he was Kurt Warner's back up in St. Louis, where he won a Super Bowl ring.

Germaine did the backup, practice squad routine around the NFL for about five seasons before heading to the Arena League. He made no pass attempts while a Chief. 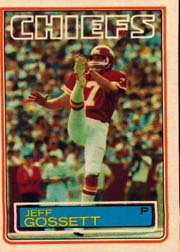 The second punter to wear #7 for the Chiefs, Jeff Gossett punted in KC for two seasons before bouncing around a few teams and finally ending up being a franchise punter for the Oakland Raiders. He ended his 15 year career with 8 straight starting seasons for the Silver and Black.

He only played in 15 games over two seasons for the Chiefs and averaged 40 yards a punt in that time. 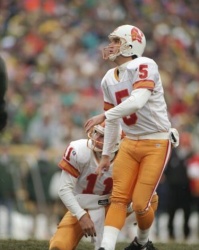 Husted's 9 year NFL career fizzled out when he came to KC for his final season in 2002. He made two field goals while playing in six games for the Chiefs in relief of an old injured Morten Anderson. He was re-signed late in the 2002 season after playing in three games as the Chiefs kickoff specialist. 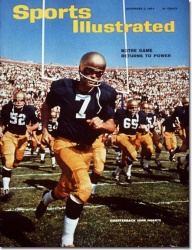 Huarte is the Heisman Trophy winner out of this group. He went to Notre Dame before being drafted by the then AFL New York Jets in 1965.

He made 8 total passing attempts as a backup to the Super Bowl winning QB Lenny Dawson. 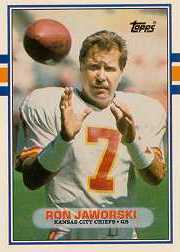 Jaws is another #7 who finished his career out with one final hurrah in Kansas City. After playing for the Rams, Jaworski won a Super Bowl with Philadelphia in 1980 before heading to Miami. He was 36/61 passing for two touchdowns and five interceptions in six games for the Chiefs.

If you watch football, you may have seen this guy on ESPN at some point. Personally, Jaworski is one of the very few NFL television analysts that I actually take seriously what he has to say.

Nott is the least heralded player out of this group. He played in the NFL for one year, in one game. He completed four out of ten passes before becoming virtually unsearchable on the Internet.

Signed as an undrafted free agent, Ted White fell into that 1999-2000 Gunther head coach dark period. White sat behind Warren Moon and Elvis Grbac in KC before leaving the NFL for good. 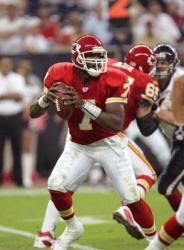 What can be said of Casey Printers that hasn't been said on Hard Knocks?

Vote in the poll below to decide who the greatest Kansas City Chief to wear #7 will be.