Chiefs Get No Love From Madden '10 Ratings

Share All sharing options for: Chiefs Get No Love From Madden '10 Ratings 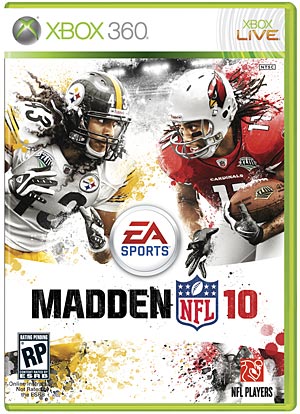 How did Kansas City do? Not so good.

It's no surprise, really. Matt Cassel, Larry Johnson and Dwayne Bowe were long shots for a top 10 ranking anyway.

A few weeks ago, we heard Cassel was a finalist to be on the cover. Thankfully, he won't be (lest that curse get to him!).

A few Chiefs attended the Madden rookie bowl including Jamaal Charles. Cassel was on a panel for the video game. We do know that Tyson Jackson isn't expected to be a world beater right off the bat according to the Madden ratings. H/T to webby37 in the FanShots a few weeks ago for the image. 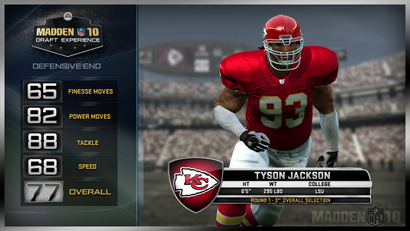 Here's a list of the rookie ratings that was linked here a few weeks ago. The highest is Aaron Curry and the lowest...well, of course it's Michael Mitchell of the Raiders (considering the ESPN crew didn't know who he was).

Here's a list of five things you need to know about the new game including gang tackling, avoiding pressure, revamped player ratings and more officials on the field.

Oh, and one more thing...the Wildcat will be in the game. Here's a shot of Ronnie Brown of the Miami Dolphins lining up at quarterback. 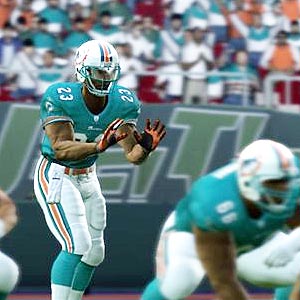 Can August 14th get here any sooner?