The Greatest Kansas City Chiefs, By the Numbers: #6

Share All sharing options for: The Greatest Kansas City Chiefs, By the Numbers: #6

The 2009 NFL Draft's Mr. Irrelevant and current #6 Chiefs jersey wearer Ryan Succop is probably already the most famous Chief to wear this number. The accolades for the previous players to wear #6 are severely lacking:

Jim Arnold is perhaps the most seasoned player on that list, playing for over ten years. The others are, well, not so well known.

Jump over to read more info about each of them. 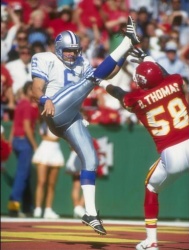 As I've been doing these numbers posts, I've discovered that there isn't much you can say about an unsung punter from a franchise's past.

Jim Arnold played three seasons for the Chiefs from 1983 to 1985 before heading to Detroit for the bulk of his career. He played in all 16 games each season and in 1984 had his best career punting average of 44.9 yards per kick. 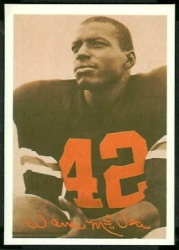 Now Mr. McVea has an interesting story and it begins way before Kansas City. Warren was the first African-American football player at the University of Houston.

McVea, known as "Wondrous Warren" during his high school football career at San Antonio's Brackenridge High School, was a multi-faceted player, serving as running back, flanker and a punt/kick return specialist. Offered scholarships by 73 colleges in 1964, McVea signed with Houston and during his three years on the football team, earned All-America recognition twice.

McVea, after being drafted by the Bengals, lucked out and was traded to Kansas City right before the 1969 season. McVea was a role player/back up at best, never carrying the ball more than 106 times in a season in his short career with the Chiefs.

Unfortunately, that 1969 Super Bowl win was likely the highlight of McVea's career before it went downhill.

McVea's post-football career saw his life unravel when in 1985, he was arrested for theft after asking a Houston restaurant for food (ostensibly for the poor), claiming that he was working for the Oilers and promising them free tickets to games.

In 1989, he was convicted and sentenced for setting a female acquaintance's apartment on fire. Then in 1993, he was arrested for drug possession again and given 25 years in prison.

McVea is currently out of prison. 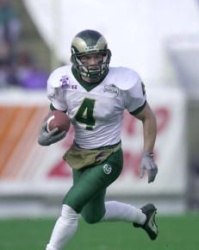 Former Colorado State Ram Pete Rebstock had a short, injury filled career. He never even made it on to the field. Let's have him sum it up in a 2005 interview.

As for my back, I hurt my back in offseason conditioning in Kansas City. I was just running routes. I was running a dig route, and planted really hard on my outside leg. My hip locked on me. It was weird, I kind of hyper-extended my hip and I was twisting at the same time, and I felt a pop in my back and all of a sudden my back muscles, my rib cage all just locked up on me. So, for about a week they treated me for back spasms and strains. They had me trying to jog and run, and ultimately it showed up on my X-ray that it was a fracture of my L-2 vertebrae in my back.

They put me on the Physically Unable to Perform list for the first eight weeks of the season, which gave me an opportunity to get healthy by our bye week in Week 9. I was practicing, and by the end of Week 9, they had to make a decision to activate me, release me, or keep me on the injured list. And, I ended up pulling my hamstring that week so they ended up putting me back on the injury list and that’s where I remained for the rest of the year.

The interview goes on to talk about Dante Hall, who was breaking out when Rebstock came to KC. He couldn't keep his hamstrings healthy like he had been doing in college. There was simply no room on the Chiefs for Pete Rebstock.

No pictures, no stats. Nothing on Mark Vitali other than to say that he was a 10th roun draft pick by the Chiefs in 1977.

Have at it. Who's the greatest Chief to wear #6?