Former Kansas City Chief Willie Roaf to get into Coaching

Share All sharing options for: Former Kansas City Chief Willie Roaf to get into Coaching 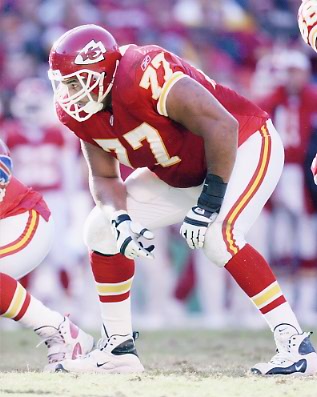 During Memorial Day weekend, Roaf will be coaching offensive linemen at the mypassionisfootball.com High School Combine at Bushland High School.

As the Amarillo Globe-News points out (via tomahawk44 in the FanShots), coaching at this combine will be a way for Roaf to keep up with the local talent in Texas.

Roaf was one of the best left tackles to ever play the game.  He proved to be well worth the Saints 8th overall pick in the 1993 draft.  In his 13 years, he started at least 15 games 10 times.  After starting at right tackle for New Orleans in his rookie year, he was selected as an All-Pro three times and as a Pro Bowler in 11 of his final 12 seasons.

The Chiefs current offensive line coach is Bill Muir, who has 44 years of coaching experience.  Assistance line coach, Joe D'Allessandris, is a Chan Gailey hire.  Both played on the offensive line in their respective college careers.