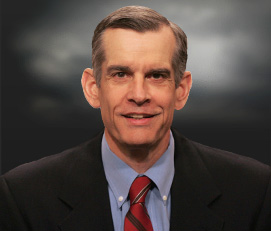 Phil Emery is the Chiefs new director of college scouting (via www.atlantafalcons.com)

The Kansas City Chiefs announced today that they've hired some new guys in the scouting department while also keeping some of the current staff intact.

The Chiefs also announced that Ray Farmer has been retained as the club’s Director of Pro Personnel. Willie Davis and Terry Delp have been retained by Kansas City in their roles as area scouts, as well.

Farmer has been with the Chiefs since 2006.

Also retained was Rod Perry, who not only got to keep his job but he also got a promotion.

Perry enters his second season with the Chiefs personnel department and his first as an area scout in 2009. He began his collegiate career playing football and baseball at Southern California, where he was a member of the Trojans NCAA baseball championship squad in ‘98. He concluded his collegiate career at Penn State. Perry was a 12th-round draft pick of the Philadelphia Phillies and spent four years in the Phillies farm system. He was on the roster of the St. Louis Rams in 2004 as a wide receiver, served as a graduate assistant on the Wisconsin football staff in 2005 and interned in the Cleveland personnel department in 2007.

Perry's connection to Scott Pioli is that internship he did in Cleveland in '07. Romeo Crennel, who has worked with Pioli in New York (1997-1999) and New England (2001-2004), was the head coach of the Browns while Perry was interning there.

Next we have the new guys, some of which we've reported on earlier. First, is the Chiefs new director of college scouting, Phil Emery.

Emery enters his 29th season overall in football and his 12th campaign in the NFL. He comes the Chiefs from the Atlanta Falcons after originally joining that club as Director of College Scouting in 2004. Prior to joining the Falcons, Emery enjoyed a seven-year stint as an area scout for the Chicago Bears (’98-04). Prior to entering the NFL ranks he served as Director of Strength and Conditioning Services and as an Associate Professor at the U.S. Naval Academy (’91-98). He also enjoyed collegiate coaching stints at Tennessee, Saginaw Valley State, Georgetown College, Western Michigan and Central Michigan.

Of course, we have another Pioli connection here. Emery came from the Falcons, whose GM is Thomas Dimitroff. Dimitroff was New England's director of college scouting from 2003 to 2007, working directly with Scott Pioli in the personnel department.

Next up is regional scout Jim Nagy, whose hire we reported yesterday.

Nagy enters his first season with Kansas City as a regional scout. Prior to joining the Chiefs, he spent seven years as a scout with New England (2002-08). He also served one year as a regional scout with Washington (2001) and served as the Director of NFL Scouting for War Room Scouting, Inc. (’98-01). Nagy also worked with SFX Sports Group as a recruiting coordinator and draft consultant (’97-00). The Frankfort, Michigan native began his NFL scouting career as an intern with Green Bay in ‘96.

That connection is obvious. Jay Muraco, one of the Chiefs new area scouts, also worked in New England with Pioli.

Muraco joins the Chiefs as an area scout after spending the previous nine seasons with New England as College Scouting Coordinator (2000-08). Prior to working for the Patriots, he spent four seasons in the scouting department with Philadelphia (’96-99). He began his longtime association with Chiefs General Manager Scott Pioli as a volunteer in the personnel department with Cleveland (’92-95). The Kent State graduate interned with the San Diego personnel department during training camp in ‘92.

Sperduto enters his initial campaign as an area scout with Kansas City in 2009. He served two separate stints as the head coach of the Nashville Kats of the Arena Football League (’99-01 and 2005-07). During his tenure in the Arena Football League, he also worked in the Tennessee Titans personnel department as a scout. Sperduto won a pair of Arena League titles as a player with the Tampa Bay Storm. He began his association with Pioli when the two coached together at Murray State in ‘91.

So with these scouts we have connections to Scott Pioli's tenures in New York, New England, Murray St. and that seeminly omnipresent Cleveland connection.

Just a few days ago, the Chiefs let go of most of their scouting staff immediately following the draft.