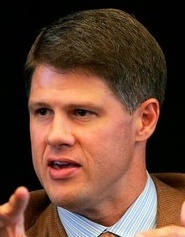 Here's a rundown of the stories Hunt has been involved in recently:

Clark Hunt Says the Chiefs will Keep Tony Gonzalez; Not Sure on Larry Johnson and Brian Waters

Chiefs chairman Clark Hunt said Monday during a break at the NFL meetings that the Chiefs had decided to hold on to Gonzalez, their longtime Pro Bowl tight end. Hunt also said decisions regarding Johnson and Waters haven’t been made but added that either or both could return to play for the Chiefs this season.

Hunt: Dorsey, Hali will have a Role with Chiefs

"I believe they’re both fine players and will have a role," Chiefs chairman Clark Hunt said. "But that’s probably putting the cart before the horse. That’s a decision for Todd (Haley) and the coaching staff to make and not one for me to make."

Vote in the poll below on Kansas City Chiefs owner Clark Hunt.