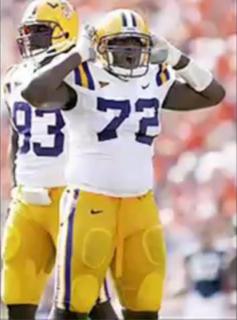 I was one of many Chiefs fans watching the NFL Draft as our team selected Tyson Jackson at #3 overall with our first and only pick in the first day of the draft and I said to my self "What the Truck (Minus a Tr, Plus an F)?"!

#1) OUR DEFENSE NEEDS TO BE OUR TOP PRIORITY

Last year our Defense (known to some as the "Tampon 2") was less than successful to say the least. This year Kansas City's Defense like many others in the NFL, including the Denver Donkeys, will begin the transition to the 3-4. There are many that believe you need build a Defense from the trenches outward, and I am one of them.

Our Chiefs walked away draft day with with a pair of the best 3-4 Defensive Linemen in the draft with Tyson Jackson and Alex Magee then added depth to our already good secondary with Donald Washington.

Our rival Denver team who fielded one of worst Defenses in the NFL last year, is also making the move to the 3-4. Most of the Draft analysts had THEM taking Tyson Jackson at #12, but instead they walk away draft day with a Linebacker (Robert Ayers), a Corner (Alphonso Smith), and two Safeties (Darcel McBath & David Bruton), but did NOTHING to improve their team "in the trenches".

THIS IS LSU FOOTBALL PART IV: MEET THE DEFENSE PART I (via maburu2)

Side by side these two were part of an outstanding Defense Line that lead LSU to the 2007 National Championship. They know how to play together and watching film from that year you can see how they feed off of each other. I look forward to that winning chemistry coming to our Defense. (Dorsey=#72, Jackson=#93 in video)